HEADLINE China's ambassador to US responds to 'sharp power' rhetoric

China's ambassador to US responds to 'sharp power' rhetoric 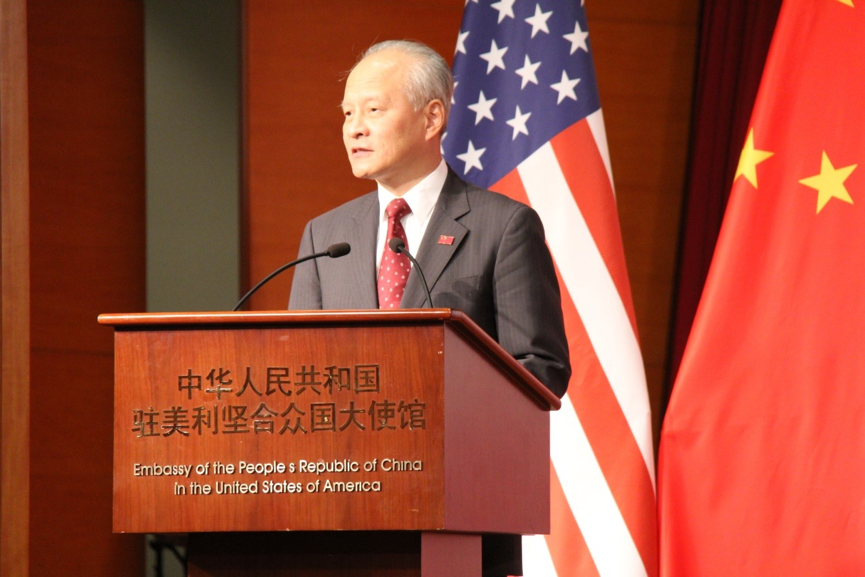 Cui Tiankai speaks before Chinese students at the Chinese Embassy in the US on February 3 (Photo: Zheng Qi/People’s Daily)

Washington (People's Daily) - Chinese Ambassador to the United States Cui Tiankai on Saturday responded to the Chinese "sharp power" rhetoric by US think tanks and media.

"A concept of 'Sharp Power' has been proposed out of skepticism of Chinese culture," Cui said at a meeting with Chinese students in the US at the Chinese Embassy before the Chinese lunar new year.

"If they can reach the essence of Chinese culture, fully understand China’s development philosophies and objectives and realize China’s contributions to the peace and development of mankind in an objective manner, it will not be difficult to see that China contributes not 'sharp power,' but new options, intelligent and positive power," Cui added.

Cui said China’s development has proved that the world can be developed in different ways and it is possible for a country to choose its own development path in accordance with its own national conditions. New concepts proposed by China such as building a community with shared future for mankind and a new type of international relations are embodiments of Chinese wisdom on the issue of which path mankind should step on in the 21st Century.

What China gives the world is positive energy, he added.