HEADLINE China's anti-smog campaign not to be blamed for gas supply crisis: expert

China's anti-smog campaign not to be blamed for gas supply crisis: expert 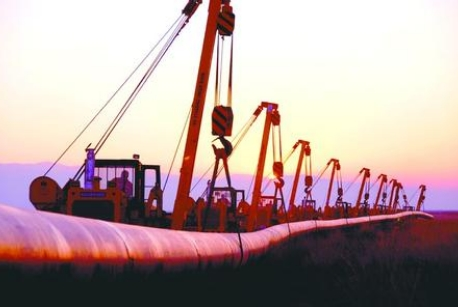 New heating and electricity shortages are looming over parts of China amid insufficient natural gas supplies, but China’s ongoing efforts to improve air quality should not be blamed for the woes, experts said.

China National Petroleum Corporation (CNPC), China’s oil giant which accounts for over 70 percent of gas supply in the country, has warned of a possible supply squeeze, claiming a 4.8 billion cubic meter shortfall this winter.

It is the second gas supply crisis since 2009, which triggered soaring liquefied natural gas (LNG) prices- as high as 12,000 yuan ($1905.60) per ton before Chinese authorities cracked down on looters.

To ensure supplies before the 2018 Spring Festival, which falls on January 16, some 60 ships carrying more than 4 million tons of LNG reportedly are on their way to China this month, the third highest total behind December’s 5.1 million and November’s 4.36 million tons, according to shipping data from Thomson Reuters Eikon.

The urgency for gas

Liu Yijun, a professor at China’s University of Petroleum, said an excessive jump in gas demand is the leading cause.

Data from China’s National Development and Reform Commission shows that China consumed 230 billion cubic meters of natural gas in 2017, a record high after a 17 percent increase over 2016.

“Such an increase is far beyond normal,” a salesman of PetroChina said.

“The northern parts of China are our priority area as three quarters of the natural gas have been delivered there. But still not enough,” Liu said.

The rush for supply comes after the state’s energy structure adjustment policy, when Beijing ordered millions of households and some industrial plants in northern China to change to gas heating from coal as part of its war on pollution. For instance, about 2.6 million expected newcomers were added to the gas-heating list in 2017, which led to a 2 billion cubic meters new residential demand in Hebei Province.

Commercial demand also surged in 2017 amid a huge increase demand for industrial fuels and gas generators. 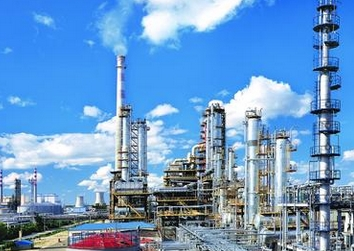 “Supplies are insufficient to meet the booming demand,” said Qu Guangxue, spokesman of CNPC. “China is short on natural gas. Though key domestic gas fields are churning out more gas every year, its 7 percent growth is still stretched to meet the 17 percent surge in demand.”

China has expanded gas imports in recent years, from less than 5 billion cubic meters in 2010 to a tenfold increase in 2017, or an annual increase of around 50 percent, the highest rate in the world, after cooperating on pipeline networks with Central Asia, Myanmar and Russia.

Where is the future?

With coal still the main energy source, the country is under high environmental pressure. It is believed that the demand for gas will continue to rise, as the inevitable trend of economic and social development.

Over the past century, developed countries have also experienced the same process, requiring a gradual replacement of coal with oil and natural gas. In Europe and the US, for example, coal used to account for about 70 percent of primary energy, with natural gas only a few percent.

Industry insiders said China will see a great potential for the growing demand for natural gas.

The growth in supply is still unlikely to outpace demand growth in 2018. Natural gas imports are expected to rise 13.4 pecent in 2018 to 105 billion cubic meters.

Despite a severe gas supply crunch, China is stilling moving in the right direction to get rid of the use of coal in the nation’s energy structure, said Dr. Yang Fuqiang of the Natural Resources Defense Council (NRDC), an international environmental non-profit organization. 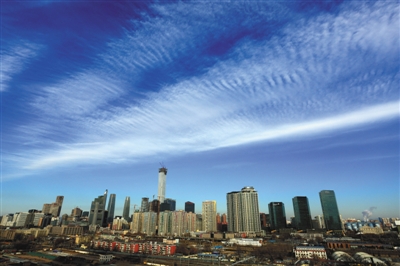 China’s war on smog, a key driver behind the gas demand surge, has paid off.

A host of Chinese cities like Beijing, a mega city where millions of residents used to be choked by polluted air in winter, saw a sharp dip in major pollutants in the last quarter of 2017, according to China’s Ministry of Environmental  Protection.

The current gas shortage doesn’t mean China’s clean air target is wrong, and the nation has the ways and means to fix this unintended consequence, Yang told People’s Daily.

The soaring demand for natural gas this winter could be viewed as a test for the supply system, said Yang. It turns out the mechanism is obsolete and the industry needs to rethink how to reform itself to meet the goal of a green and low-carbon development model the nation is pursuing.

Yang predicted that the current debate on China’s energy policy would fuel more investments in the extraction and production of shale gas and other unconventional sources of natural gas at home, a significant supplement to China’s gas output.