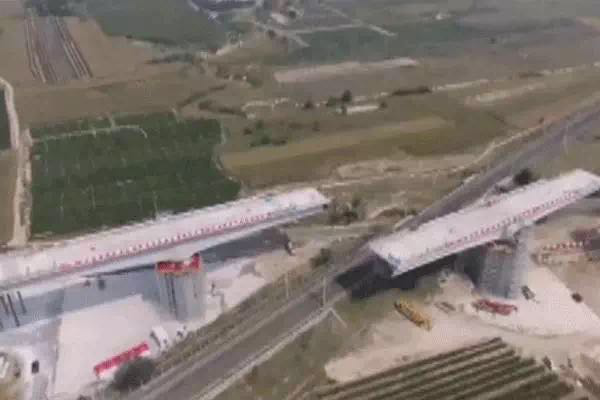 A screenshot of the video showing the remarkable connection. Photo: People's Daily 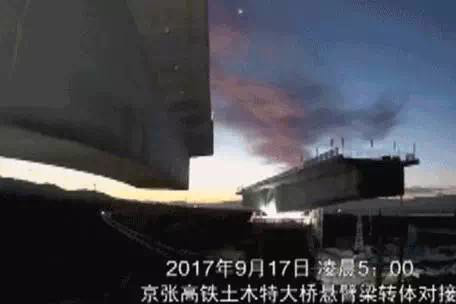 A screenshot of the video showing the remarkable connection. Photo: People's Daily

The work was carried out on early morning of September 17. After each section made a 31-degree turn, the two elevated railways slowly swung towards each other until they met. The newly connected section of railway now spans above Datong-Qinhuangdao railway that has been running for years.

The Datong-Qinhuangdao railway is one of the busiest lines in operation in China. 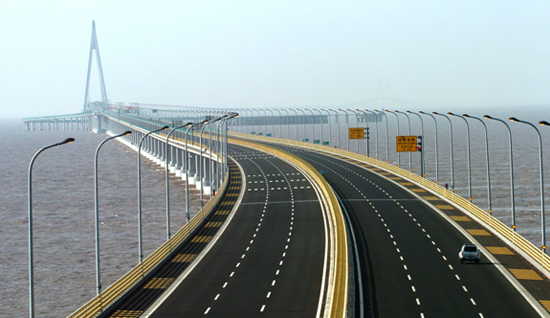 To minimize the impact of bridge construction on the Datong-Qinhuangdao line, the "pier-top spin construction approach" was used. The technology not only guaranteed safety but also remarkably reduced construction difficulties and costs.

It is well recognized that China leads the world in infrastructure construction. On the pages of highestbridges.com, a website collects information of the highest bridges of the world, eight Chinese bridges are on the top 10 list, and 81 are among the top 100 highest bridges across the world. 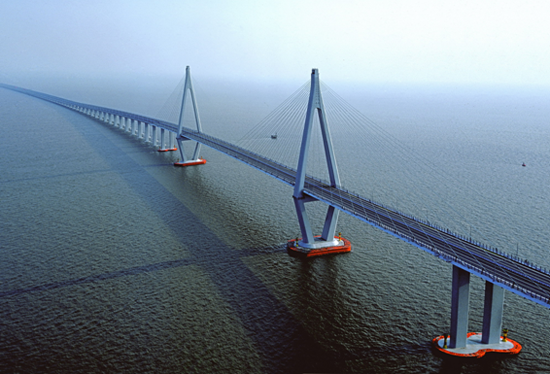 Besides that, China is also known as holder of many other records in technical breakthroughs. According to statistics, six of the world’s 10 longest sea-crossing bridges are built in China, including the Hong Kong-Zhuhai-Macao Bridge, the Hangzhou Bay Bridge, the Donghai Bridge, the Qingdao Bay Bridge, the Zhoushan Sea-Crossing Bridge, and the Jiaxing-Shaoxing Sea Bridge. 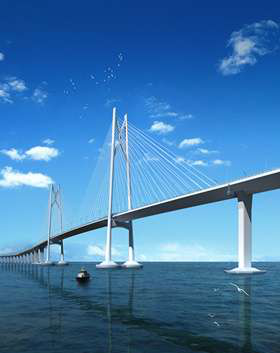 For instance, the San Francisco-Oakland Bay Bridge, which opened to traffic in September 2013, is the most complex and longest single-towered, earthquake-proof and self-anchored suspension span of its kind across the world. Malaysia's Second Penang Bridge, the longest sea-crossing bridge in Southeast Asia opening to traffic in March 2014, was also built by Chinese firms.

On December 18 of 2014, the Zemun-Borca Bridge, China's first big infrastructure investment on the European continent, opened to traffic in Serbian capital Belgrade, becoming a landscape above the Danube River.

On April 19, 2016, the Kigamboni Bridge contracted by Chinese companies opened to traffic. It is the largest cable-stayed sea-crossing bridge in African regions south of the Sahara Desert.

On July 7 of 2016, the largest cable-stayed bridge in Africa—the Mohammed VI Bridge, opened to traffic in Morocco. The bridge is dubbed by local people as the “Dreaming Bridge”.