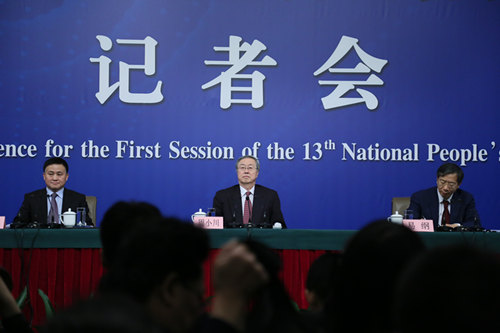 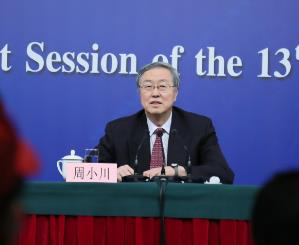 Global economy recovery is finally emerging in several regions, resulting in some countries beginning to withdraw from quantitative easing. A phase of number expansion and low interest rates is wrapping up, Zhou shared his observation.

China is part of the world economy and our growth pattern is being transformed from quantity to quality as the new normal. Economic growth will reduce the dependence to financial support, Zhou said.

The yuan’s internationalization is also enhancing the opening-up in financial sector in the country, Zhou noted.

The People's Bank of China (PBOC), the central bank will continue work on the connectivity with the global capital market. Meanwhile, China will promote capital convertibility steadily, Zhou said.

The primary purpose of research and development on digital currency is to ensure privacy and security.

A roadmap for digital currency has been categorized in the international market. When the risk is too big, losses will be caused to consumers. To rein in the risk, testing is highly recommended. The State Council has approved to conduct related tests, Zhou added.

We have noticed there are contrast changes in the value of digital currency. In China, we need to take our time with verification in the testing process.

After all, financial services are to serve the real economy and we need to prevent excessive speculation, Zhou stressed.

All financial products need to be verified, such as the initial coin offering (ICO) was halted in August 2017. Virtual currencies in retail payment are not granted by PBC. Speculation is not encouraged, as PBC's consideration is from the macroeconomic level.

Macroeconomic is always the focus for PBC, Zhou stressed.

Hong Kong's currency and other issues are highly self-governing. Hong Kong currently adopts a linked exchange rate system with US dollar. On the other hand, the region's economy is closely connected to that of the Chinese mainland, Zhou briefed.

We might see some fine tuning by the Hong Kong Special Administrative Region (HKSAR). Hong Kong has established its procedures and the Chinese mainland is respectful of its policy, Zhou said.

Monetary policy and the policy on foreign change will adjust since economic development entered into a new normal and the way of China’s economic growth has changed, Zhou said.

He said the way of China’s economic growth has changed into the development in quality from focusing on the quantitative way, which means to put more money to stimulate economic growth.

Since China’s economy has entered a new normal and the way of economic growth has changed, so the policy on monetary and foreign changes will accordingly change as well.

Yi Gang, vice governor of the People's Bank of China, added that the actual interest rate is steady, echoing the economic growth even though loan rate has increased by 0.4 percentage points last year.

The formulation of China’s monetary policy is based on China’s national situation.

Further opening of the market relies on the internalization of Chinese financial institutions and a more open market to foreign investment.

The opening up of the financial industry is in accordance with the requirements of the Notice of the General Office of the State Council, says Yi.

To ease or lift restrictions on foreign capital leads to fair play for Chinese and foreign investment. Supervision is necessary to prevent and defuse financial risks. 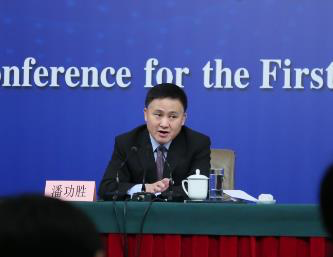 He also said the amount of paying loans for personal housing loans had grown as well, but it is in a reasonable range in the long run.

The PBC will urge the commercial bank to implement the differentiation in housing loans to meet people's demands for it, he added.

Asset management rules on the way

To fend off systemic risks and impact to the financial market, the asset management business needs regulation and the central bank will release new rules soon, said Pan.

M2 itself is not an evaluation of monetary policy. The amount of M2 and that of the nominal GDP is an observation tool to determine easy-money policy or tight-money policy.

The financial institution reform should be conducted based on China’s domestic situation and it still needs to be further observed in terms of reform.

China has entered the stage of a stable leverage ratio and will gradually lower it, the trend of which is quite clear, said Zhou at the press conference.

The application of new technologies in financial products requires submission and evaluation.

The authorities are working on rules to regulate the financial holding companies, according to Zhou.

China might introduce the mature financial system of other countries based on China’s reality, Zhou said.

Zhou also stressed transparency in the structure of equity in the financial holding companies and ownership.