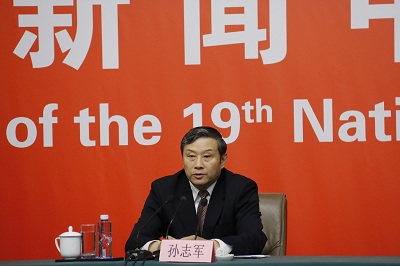 By the end of 2016, the value added of the cultural industry in China had reached 3.08 trillion yuan ($470 billion) in the past five years, rising to 4.14% of China's GDP, said Sun Zhijun, Vice Minister of the Publicity Department of the CPC Central Committee, at the press conference on October 20 during the 19th CPC National Congress.

China tops the world in terms of the number of book publication, TV series, and cinema screens. China's film market boasts the largest around the globe and cultural products are well received.

China has made great efforts to promote cultural communication, exchanges, and trade. Chinese brands and China's voice and image have been increasingly acknowledged, said Sun.