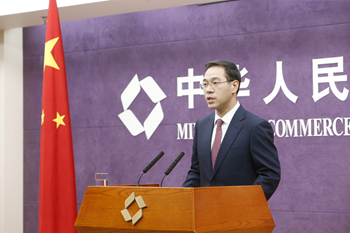 In 2017, China’s domestic trade has increased by 10.7 trillion yuan ($1.69 trillion), becoming the major industry in national economy, following manufacturing, according to an official on Thursday.

Wholesale and retail has grown by 7.1 percent hit 7.8 trillion yuan. Accommodation and catering industry’s growth rate was 0.2 percentage points, creating a new high in seven years, Gao Feng, spokesperson of the Ministry of Commerce (MOFCOM), said at a press conference held in Beijing.

Domestic trade accounts for 13 percent of the country’s GDP, which includes wholesale, retail, accommodation and catering, residential services and other service industries.

Moreover, eight parallel import pilots will be set up to promote a shared, economical and socialized automobile circulation system, breaking the monopoly of the automobile market.