The data is believed to play a significant role in climate change research.

By taking the research icebreaker Xuelong, the team members, who were carrying out marine surveys in the Amundsen Sea and surrounding waters in Antarctica, braved to the sea waters in the middle of the westerlies and cyclonic areas to collect the data.

The vessel arrived at the first research station at 126 degrees west longitude on the morning of March 6, and the research team, in the following days, completed observation at five stations between 64 and 60 degrees south latitude longitudinally, despite severe weather and sea conditions.

The research team completed full-depth cross-sectional observation of the westerlies regarding temperature, salinity of sea waters and ocean currents, and carried out a series of operations such as trawl for sampling marine organisms.

Data collected during the expedition are of high significance to the study of climate change, as the Antarctic Circumpolar Current is an important part of the global climate system and plays a vital role in the ocean's ecological cycles of materials and energy.

The Antarctic Circumpolar Current is the world's biggest and the only ocean current that flows clockwise from west to east around the Antarctica. It is driven by the prevailing westerly winds.

It is the first time the Chinese research team conducted such an observation in the westerlies and core areas of the Antarctic Circumpolar Current. The data are of great reference value for the research of the water masses and circulation changes that happened in recent decades in the Southern Ocean.

Xuelong is China's biggest polar research vessel and the only polar icebreaker in service. It started its first scientific research and supply mission to the Antarctica in October 1994. 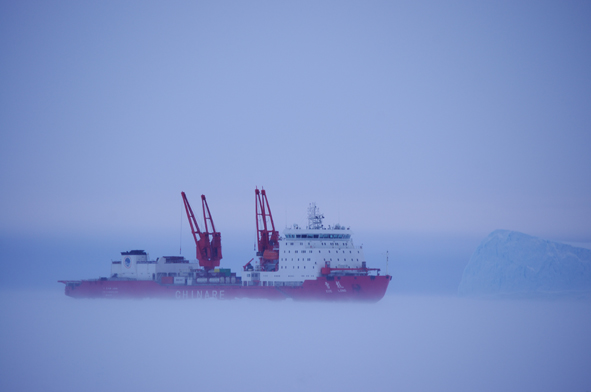 The research vessel Xuelong sails in the fog. (Photos: the official website of the State Oceanic Administration)

Research icebreaker Xuelong breaks the ice to move ahead. 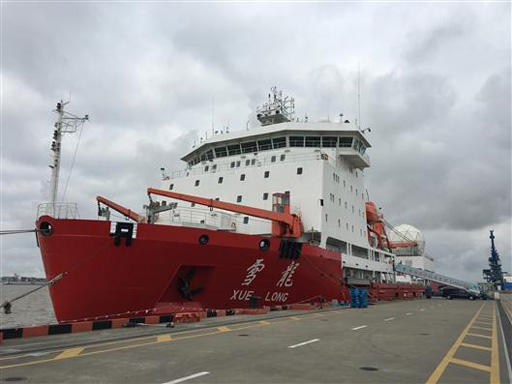 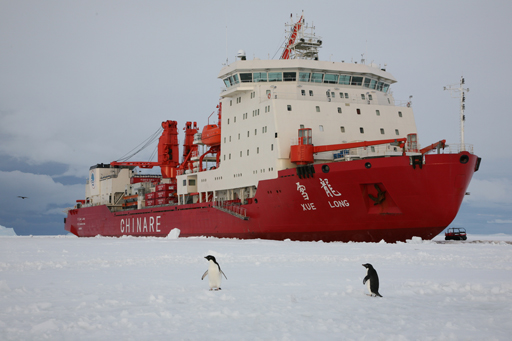 The Chinese research icebreaker Xuelong is in ice and snow.