China’s central government will adhere to a positive fiscal policy, maintain a stable and neutral monetary policy and focus on providing guidance to market expectations, and the country’s macro-control policy has been defined.

The Political Bureau of the Communist Party of China (CPC) Central Committee is determined to work on key sectors such as the stock market, bond market and property market, calling for supportive policies for sound development while following up with regulations and reining in potential risks, according to a statement released after the meeting on Monday. 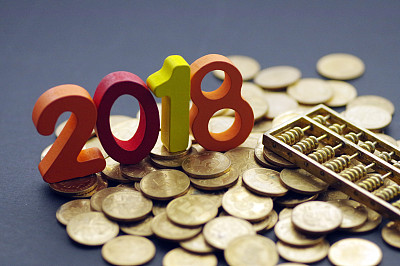 The meeting reaffirmed that the same positive fiscal policy will be implemented to keep the monetary policy stable and neutral, while providing guidance to market expectations and combining the accelerated structural adjustment with sustained expansion of domestic demand to maintain stable operations of the macro economy.

“As China’s economy transforms from high-speed growth to high-quality development, tax cuts and fee reduction have continued, while fiscal revenue slows down. On the other hand, fiscal expenditures continue to increase. The government’s support to key areas and projects is increasing.  As a result, the balance of revenues and expenditures remains prominent,” Qin Rongsheng, dean of the Beijing National Accounting Institute, was quoted by Beijing Business Today as saying.

The government will continue to implement a proactive fiscal policy, optimize the expenditure structure while strictly controlling general expenses, to cling to the bottom line of people’s livelihood and ensure support for reforms in the supply side, poverty alleviation, ecological and environmental protection and other key areas and projects, Qin explained.

In 2018, the positive fiscal policy will not change and government department will collaborate to increase efficiency, according to the government work report.

Even though the deficit for 2018 is expected to be 0.4 percentage points lower than last year, the scale of the deficit is flat to last year’s level, reaching about 2.38 trillion yuan ($376 billion). The figure indicates the need to ensure support to key areas and projects and resolutely rein in risks, leaving policy space for further macro-control, according to Bai Jingming, deputy director of the Research Institute for Fiscal Science under the Ministry of Finance.

The meeting also made clear that the government will maintain a stable and neutral monetary policy.

In mid-April, the Governor of the Central Bank, Yi Gang, said that China has long anticipated the changes associated with balance sheet unwinding by central banks of major economies, and are fully prepared.

“Related preparations for monetary policy tightening are consistent with the US Fed’s pace. It shows that the Fed’s rate hike is exerting some pressure on China’s monetary policy,” said Lyu Suiqi, professor of finance at Peking University.

In response to the concerns of the real estate market, the meeting stressed that it is necessary to enhance the sound development of the property market and match it with follow-up supervision to rein in risks.

In 2017, the Ministry of Housing and Urban-Rural Development (MOHURD) maintained high pressure on the violations in the real estate market and investigated 654 real estate development companies and 2,295 agencies in 16 cities with booming property markets, Chen Wei, deputy director of the Real Estate Market Supervision Department of the MOHURD, said on Monday.

"Houses are built to be inhabited, not for speculation," this is the general idea for the real estate sector. To improve housing market demand, policies are developed to actively meet them, while there will be greater control over all kinds of illegal transactions, Yan Yuejin, an analyst at Shanghai-based E-house China R&D Institute, told the People’s Daily on Tuesday.

Policies such as purchase restrictions have effectively curbed a wave of demand for home purchases, mainly to the exclusion of investment speculative demand, Yan continued.

Insufficient housing was controlled through the random assignment in the quota mechanism. As a result, we have enhanced the fairness of purchases, Yan added.

On the basis of that policy, there will be more refined content, giving priority to those who are in shanty town communities to purchase their first house.

Though the policy has continued to tighten, support for new buyers is increasing.

From the perspective of the introduction of the policy, the market will see curbs increased in the second quarter.

Through the regulation of such policies, such policies will help stabilize market expectations and help alleviate the contradiction of insufficient housing resources.