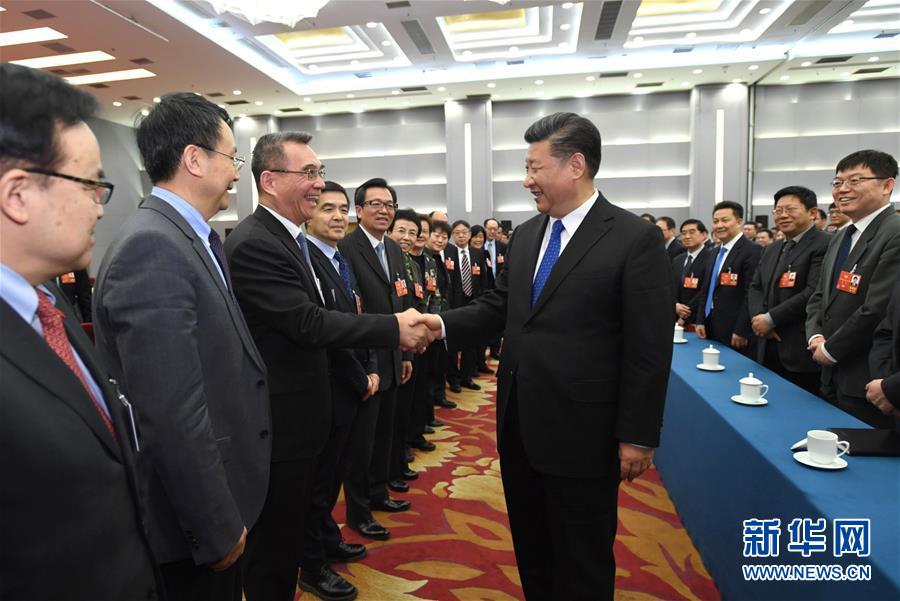 The system of multiparty cooperation and political consultation led by the Communist Party of China (CPC), as China’s basic political system, is a new type of party system growing from China's soil, Chinese President Xi Jinping said when attending a joint panel discussion with political advisers during the First Session of the 13th National Committee of the Chinese People's Political Consultative Conference (CPPCC).

It is a great political invention jointly made by the CPC, Chinese people, all non-Communist parties and those without party affiliation, added Xi, who is also general secretary of the CPC Central Committee.

The sobering connotation contained in his systematic elaboration on the super advantages of China’s party system has enlightened the whole world.

Its superiority comes from its original aspiration and the mission to seek happiness for the Chinese people, from its advantage that could concentrate resources to accomplish large undertakings, as well as its way to propel social development through democratic and scientific decision making.

The system avoids the defect s of the old-fashioned party system which represents only a selective few or the vested interest, and effectively prevents the defects of the absence of oversight in one-party rule, or power rotation and nasty competition among multiple political parties, Xi said.

It steers away from another weakness of the old-fashioned party system, in which decision making and governance, confined by interests of different political parties, classes, regions and groups, tears the society apart, he added.

“The standard argument in the West has long been that one of the great strengths of Western democracy is that a multi-party system prevents parties from ossifying and stagnating,” Martin Jacques, senior fellow at the Department of Politics and International Studies affiliated to Cambridge University, wrote in a commentary. 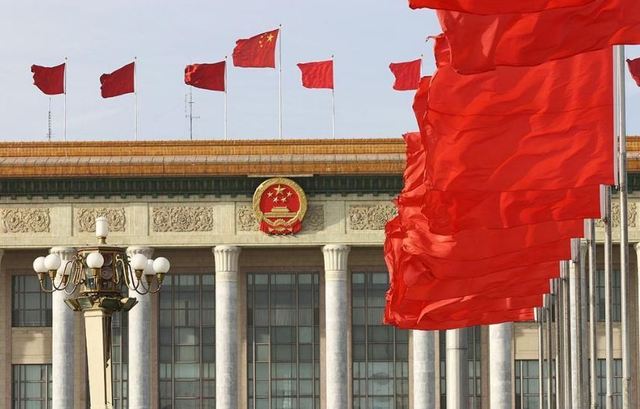 In fact, the CPC has proved the opposite: it has found the way to keep rejuvenating itself while political parties in the West are increasingly alienated from the people they seek to represent, the scholar added.

The people know the best and are in the best position to say which system, the outdated and stagnant one or the new and vibrant one, can better serve their interests.

Taking a root in the people, China’s party system always represents fundamental interests of all people and fulfills their aspiration.

China plans to lift at least 10 million people out of poverty this year, the country pledged at the annual government work report delivered at the first session of the 13th National People’s Congress, adding that per capita government subsidies for basic health insurance for rural and non-working urban residents will be increased by 40 yuan ($6.3).

China will launch a new three-year renovation plan to address housing in rundown urban areas, starting with construction of 5.8 million units this year, according to the document.

These figures serve as the best evidence to prove that all of what the CPC did are for the people, which is in deep contrast with the flawed Western democracy riddled with money politics, oligarchy as well as politician politics.

Some countries are still repeating the obsolete script of an election-based Western representative democracy that puts the public at logoff and only awakens them when they are required to vote for an election.

More and more Westerners have begun to introspect on the defects of the Western-style system after partisan competition spiraled into a kind of political fight to the death, the “tripartite” political system descended into a game of throne, and the vetocracy resulted in government shutdown time and again.

What lies behind these flaws are the headstrong competition between the political parties who should cooperate to seek interests together for their public.

George F. Will, an opinion writer, blamed their low government efficiency in a commentary titled “How we waste a massive amount of infrastructure money — before building even starts” published on Washington Post.

“The nation that built the Empire State Building in 410 days during the Depression and the Pentagon in 16 months during wartime recently took nine years just for the permitting of a San Diego desalination plant,” he wrote.

Some scholars described the Western-style party system as a rugby game to weaken political opponents for victory, while the Chinese system as a chorus to pool efforts for the sake of better results.

The new type of party system, with cooperation, participation and consultation as its basic spirit, and unity, democracy and harmony as its essential nature, reveals the true value of the socialist democracy with Chinese characteristics.

What the system of multiparty cooperation and political consultation led by the CPC pursues is to seek the greatest common divisor and maximum common ground among the public through the consultation-based mechanism that can pool ideas and suggestions of all walks of life together.

More researchers are now decoding the secrets why China is capable of standing up, growing rich and becoming strong from the system perspective.

China’s new type of party system, as well of which the Western media is aware, has been an important precondition for the country’s improvement of governance capability and social progress, and also a great contribution to political civilization of humanity.

China’s political system enables the CPC to work out practical and long-term development plans by uniting and consulting all other political parties, and strive for realization of those blueprints with concerted efforts, Luigi Gambardella, founder and president of China EU, decode China’s advantages of political system.

It’s well known in the world that a well-governed China is of greater significance given the chaos in the Western society. China’s party system, a new type growing from China's soil, is providing the world with a reference on how to fulfill responsibility as a political party, as well as a China solution on how to seek a better political system.