HEADLINE China's opening-up not from outside pressure: commerce minister

China's opening-up not from outside pressure: commerce minister 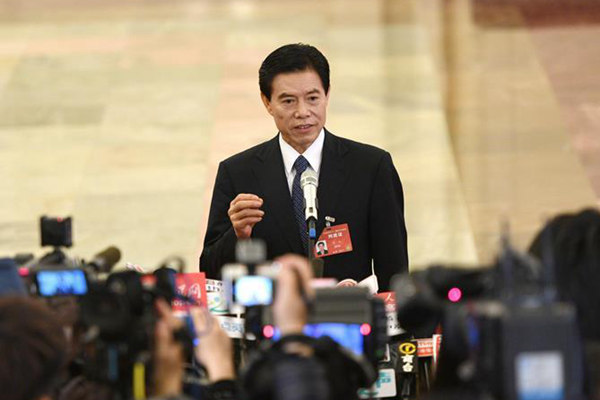 A more open China will benefit the world but the country won’t widen its door because of outside pressure, Chinese Commerce Minister Zhong Shan said on Sunday.

Zhong made the remarks during his meeting with Henry Paulson, chairman of the Paulson Institute, in Beijing.

As China’s reform and opening-up enters a new era, its door will open further to the world, which will benefit not only the US but also the world, Zhong said.

China pledged to provide broader and more equal access to international investors in the annual session of its parliament earlier this month, one of its most significant political events of the year.

China will unwaveringly carry out the opening-up policy, which comes from its own decision, not from external pressure, Zhong stressed.

Paulson, a former US treasury secretary who helped launch the China-US Strategic Economic Dialogue, told Zhong that the US business community is also worried about the potential trade war.

If the two countries’ economic and trade ties face headwinds, that would bring bigger trouble to other areas, Paulson told Zhong.

Considering the current size of bilateral trade and investment, the significance of dialogue and cooperation is self-evident. China doesn’t want a trade war because it’s in the interests of none, but the country would not be afraid of it, Zhong said.