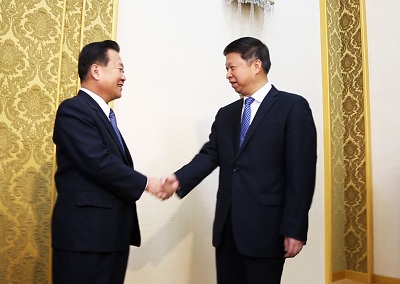 Pyongyang (People’s Daily app) – Song Tao, the special envoy of Xi Jinping, General Secretary of the Central Committee of the Communist Party of China (CPC), has ended a three-day visit to North Korea, according to a statement from the International Department of CPC Central Committee.

Song, who heads the International Department of the CPC Central Committee, met with Choe Ryong-hae, a member of the Presidium of the Political Bureau of the Central Committee of the Workers' Party of Korea (WPK), North Korea’s Korean Central News Agency reported.

Song informed in detail the 19th National Congress of the CPC to the WPK. He also stressed the CPC's stand to steadily develop the traditional friendly relations between the two parties and countries.

The North Korean party congratulated the CPC on the successful holding of the 19th CPC National Congress and wished China success in achieving national rejuvenation led by the CPC Central Committee with Xi Jinping at the core. 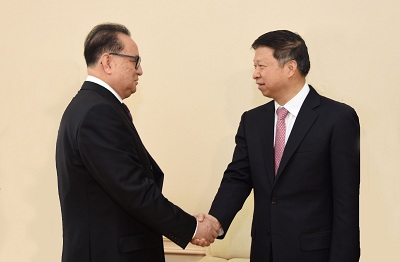 There were also talks between Ri Su-yong, member of the Political Bureau of the Central Committee of the WPK, and Song on Saturday.

The two sides exchanged their views on such matters of mutual concern as the situation of the Korean peninsula and region and bilateral relations.

During his trip, Song also visited the Songhung Revolutionary Site in Hoechang County, South Phyongan Province and offered floral baskets at the cemetery of martyrs of the Chinese People's Volunteers, KCNA reported.