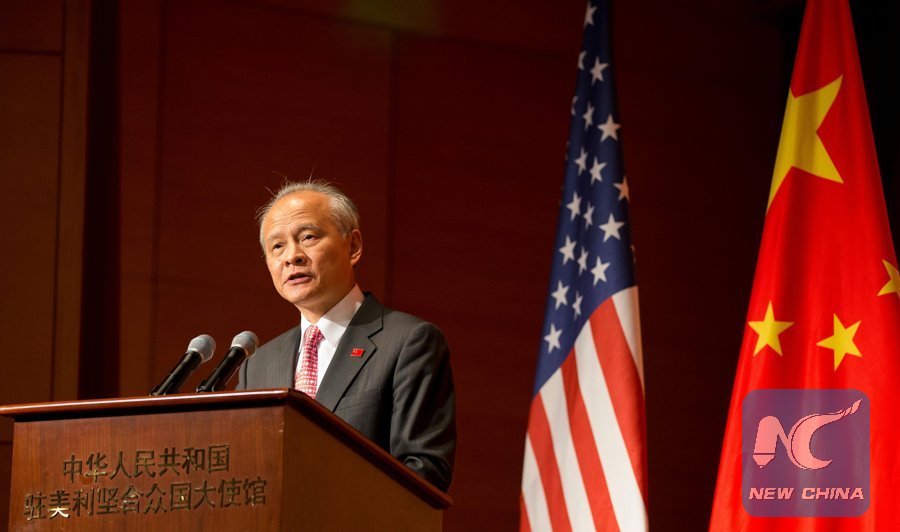 It would be dangerous to advocate for confrontation against China, Chinese Ambassador to the United States Cui Tiankai has said here.

"It's certainly paranoid to fear that a China that follows its own path of development would be confrontational to the United States. And it's dangerous to advocate any strategy for confrontation (against China)," Cui told a spring festival reception at the Chinese embassy on Tuesday.

"It would be wishful thinking to believe that some political or cultural genetic engineering could be done to change China's DNA," he said.

The Sino-U.S. relationship "should be characterized by overall cooperation. Friendly competition, if competition is necessary, and no confrontation," Cui said.

Noting the Chinese new year will be the Year of the Dog, Cui said "dogs are seen as loyal, sincere, and trusting companions in both Chinese and the western cultures. I believe such virtues are equally essential for relations between countries."