HEADLINE China's unmanned submersible to be upgraded after 50th dive

China's unmanned submersible to be upgraded after 50th dive

China's unmanned submersible Qianlong II has completed 50 dives since its commission, and will have a technology upgrade soon, scientists said. 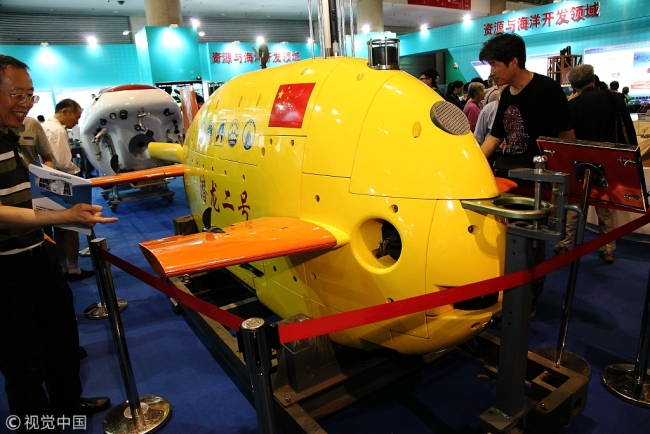 Qianlong II is on display at Beijing exhibition center in Beijing on June 7, 2016. (Photo: VCG)

The undersea vehicle, which is capable of diving to 4,500m, made its 50th dive on April 6 in the Indian Ocean, a part of China's 49th ocean expedition.

Of the 50 dives , 35 were in the Indian Ocean and 15 in the South China Sea, according to China Ocean Mineral Resources R&D Association.

In the southwest Indian Ocean alone, Qianlong II has traveled more than 2,000 km, they said.

The submersible, which first went underwater in 2015, is used for exploring deep-sea mineral resources.

"Its operations have become more stable after 50 dives," said Xu Chunhui, a scientist tasked with equipping the submersible.