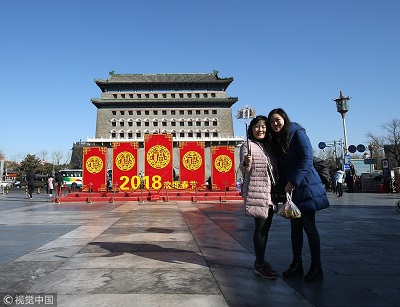 China is winning its war on pollution after four years of struggle, a U.S. study said on Monday.

Concentrations of fine particulates in Chinese cities have decreased by an average rate of 32 percent since 2014, according to a research done by professors at the University of Chicago.

"The data is in-China is winning its war against pollution," said Michael Greenstone who conducted the analysis and works as director of the Energy Policy Institute at the University of Chicago (EPIC).

New data released by Chinese government in March showed that the number of "severely polluted" days in Beijing dropped to 23 in 2017, compared with 58 in 2013. 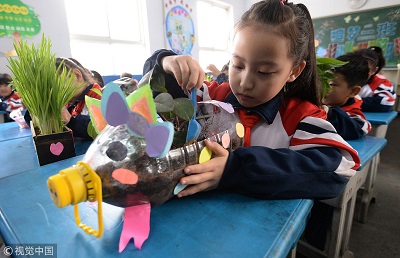 On March 11, 2018, students of an elementary school in Handan, China’s Hebei Province cultivate plants in the self-made container.

Across the country, the average density of PM 2.5 in 338 cities was 43 micrograms per cubic meter, falling 6.5 percent year on year.

The eight-page report suggested that Chinese people would enjoy significant improvement of their health conditions, or life span extended by months or years.

"In the 204 prefectures for which we have data, which cover nearly 70 percent of the total population, residents can expect to live on average 2.4 year longer relative to 2013 if the recent reductions in pollution are sustained," said the report.

Based on action plans made by Chinese governments at all levels, the war on pollution was fought as plants reduced emissions, fossil-fuel based power generation converted to renewable energy, cities restricted cars on roads and the planting of additional greenery.

China also reduced its iron- and steel-making capacity, shut down coal mines as well since the State Council launched a national air pollution control campaign in 2013.

China is working on a new three-year plan to continue controlling air pollution, while a goal was set for cities at the prefecture level and above to experience about 292 clear air days each year by 2020. 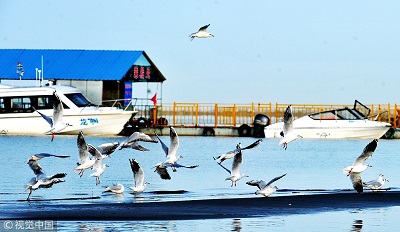 A herd of black-headed gulls are sporting at the waters of a scenic area in Heshuo County of Xinjiang Autonomous Region.