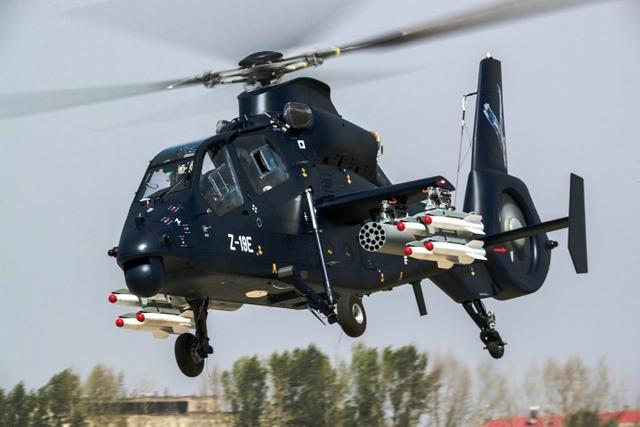 "The Z-19E has shown its maneuverability and operational capability in the just concluded firing flight test phase, which marks a major step for the export model into the market," AVIC said.

It conducted multiple flight tests with the airborne weapons such as the gun, air-to-air missile, air-to-ground missile in  live weapon firing, and  rocket projectile in  precision attack.

It also received a comprehensive test of the adaptation of the whole model and its fire control system, and passed the test verifications of the functions and flight performances, according to AVIC.

The export-oriented Z-19E is designed and manufactured by the AVIC Harbin Aircraft Industry Group Co. in northeast China's Heilongjiang Province.

It made a successful maiden flight in May last year.

The single rotor Z-19E has a tandem cockpit and a narrow body with the miniaturized and comprehensive avionic and weapon systems onboard, which endow it with capacities for multitasking in a complex all-weather environment.

The model features a large effective load with a maximum take-off weight of 4.25 tonnes.

Moreover, the Z-19E shows advantages in its range, ceiling, cruising speed and climbing rate, according to AVIC.