HEADLINE China says strikes on Syria were against UN Charter

China says strikes on Syria were against UN Charter 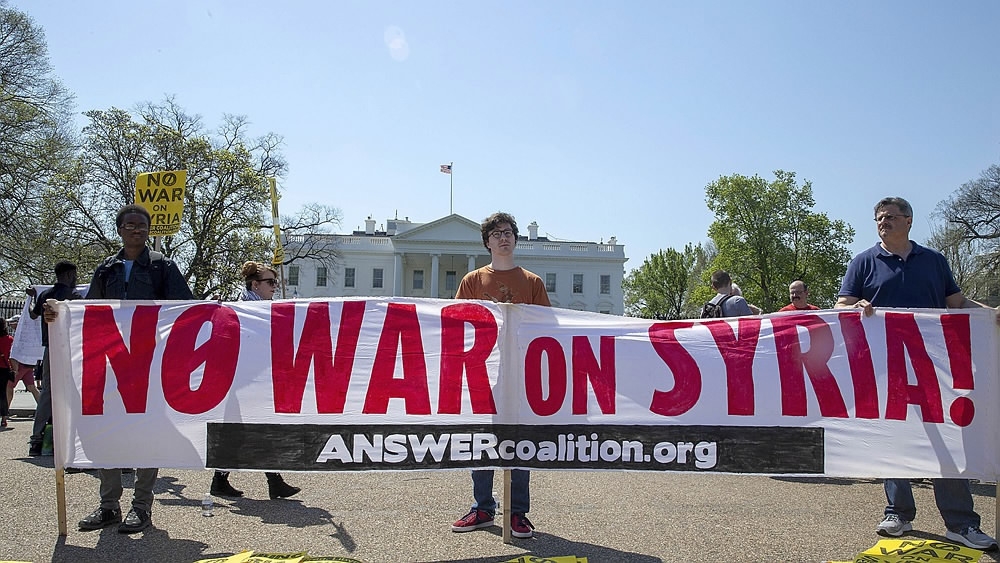 The US-led airstrikes on Syria were against the United Nations Charter, Chinese Foreign Ministry spokeswoman Hua Chunying said at a regular press briefing on Monday, calling the operation "irresponsible."

The United States, France and Britain launched missile attacks in Syria on Friday following reports of alleged chemical weapons use in Douma near the capital city of Damascus on April 7.

It was "irresponsible" to presume that the Syrian government was "guilty" of using chemical weapons and launch military strikes against the sovereign nation, Hua noted.

She stressed that truth is needed and reiterated China's call for a "comprehensive, impartial and objective" investigation into the suspected gas attack.

"We support the Organization for the Prohibition of Chemical Weapons (OPCW) to conduct its field investigation in Syria," she said. "No party must prejudge the outcome before a conclusion is drawn."

Hua said political settlement is the only practical option for the Syria issue, while reckless use of military means would only further complicate the situation.