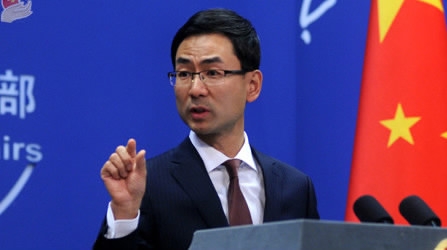 China said on Wednesday it was seriously concerned about and opposed to the North Korea’s test-firing of a newly developed Intercontinental Ballistic Missile (ICBM).

Relevant resolutions adopted by the UN Security Council (UNSC) have made explicit stipulations on the North Korea’s launches of ICBM. The Chinese side expresses “grave concerns about and opposition to the new test,” said Foreign Ministry Spokesperson Geng Shuang on Wednesday's regular press conference.

The Chinese side urges the North Korean side to comply with relevant UNSC’s resolutions and stop any act that will aggravate tension on the Korean Peninsula. Meanwhile, it’s hoped that related parties should be cautious with actions and jointly safeguard the regional peace and stability, Geng noted.