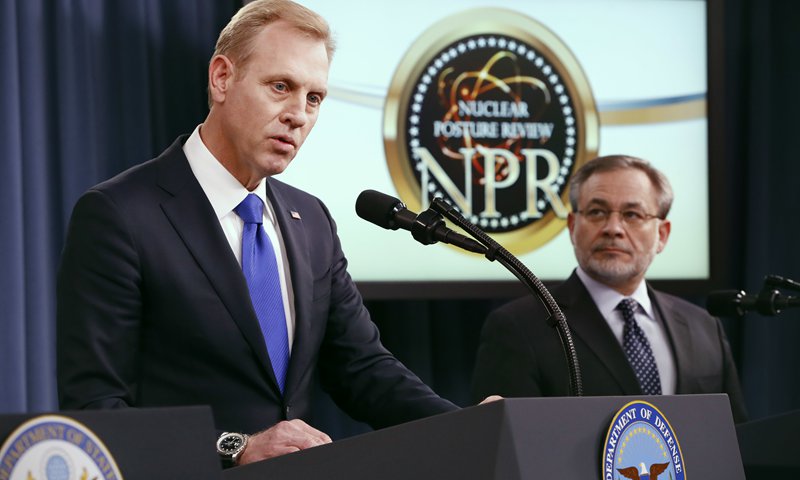 The US defining China as a threat in its latest nuclear posture review is an excuse to develop even more nuclear weapons when Washington already possesses the world's strongest deterrent, Chinese experts said.

The Pentagon on Friday officially published the 2018 Nuclear Posture Review (NPR), the guiding principle for future US policy to seek an enhanced nuclear deterrent which is already the world's most powerful, according to the Xinhua News Agency.

The 74-page report cast China as "a major challenge to US interests in Asia," saying US strategy for China is designed to "prevent Beijing from mistakenly concluding that it could secure an advantage through the limited use of its theater nuclear capabilities or that any use of nuclear weapons, however limited, is acceptable."

"Questioning China's nuclear intent is groundless. Large countries possessing nuclear weapons is a fact of international politics and is a strategic basis for stability of big country relations," Li Haidong, a professor at China Foreign Affairs University, told the Global Times on Sunday.

The US' distorted interpretation of China's nuclear development is aimed at breaking stability and could damage Sino-US ties, Li said.

"China has always exercised the utmost restraint in the development of nuclear weapons and limited its nuclear capabilities to the minimum level required for national security," he added.

"We hope the US side will discard its 'cold-war mentality,' shoulder its own special and primary responsibility for nuclear disarmament, understand correctly China's strategic intentions and take a fair view of China's national defense and military development," he said.

Washington has been hoping Beijing will join nuclear disarmament negotiations, but China's nuclear power is very limited, and is only for strategic deterrent, Song Zhongping, a TV commentator and military expert, told the Global Times on Sunday.

"Unless the US and Russia disarm a number of nuclear weapons, as well as the UK and France, would China join the disarmament too," Song noted.

In terms of quantity, technology and deterrent power, the US has great advantages in the world. However, the US views big countries' ties and global security with competitive eyes. This makes international relationships more complex, Li said.

The comprehensive report, which is largely in line with the 2010 review done by the Obama administration, reaffirms commitments to non-proliferation treaties but emphasizes the need to enhance capabilities to match Russia's, and justifies US nuclear modernization projects.

The biggest threat to the US is North Korea, but the US put Russia and China on a par with North Korea, showing the groundlessness of US thinking, Li noted.

The US review of the nuclear development of other countries is an excuse to strengthening its own nuclear ability, as the US has the need to upgrade its nuclear weapons, Song noted.

"It is common for the US to define its motivations and competitors in nuclear development through strategic reports," Li noted, "This could lead to a bigger budget from Congress for nuclear development, which is also in line with other plans and reports on national defense and security of the US."