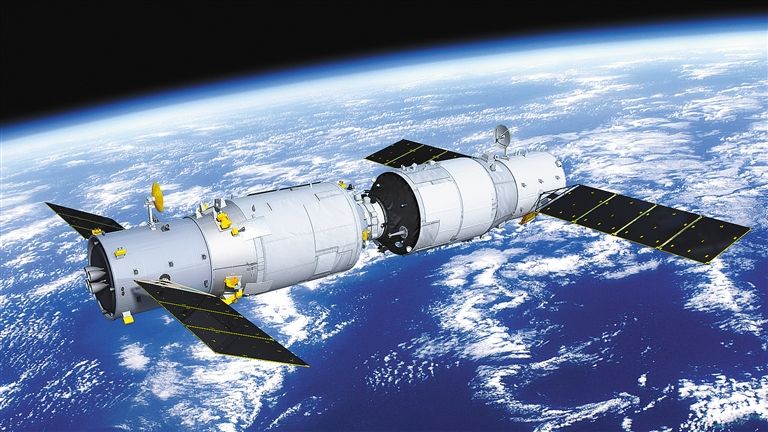 China's first space lab is expected to fall back to Earth between March 31 and April 4 and should burn up in the atmosphere, China's space authorities said Monday.

Having concluded its historic mission, Tiangong-1 has officially terminated sending data and entered its final phase of life on March 16, according to a notice issued by the China Manned Space Engineering Office on Monday.

The Tiangong, or Heavenly Palace, is orbiting at an average height of about 216.2 kilometers, the announcement noted, but did not disclose any reentry location.

It is impossible to name the exact reentry location at this stage, a Chinese aerospace expert requesting anonymity told the Global Times Monday.

The approximate reentry location cannot be decided until the last two hours before it starts to fall based on international precedents, he said.

The lab will likely enter the atmosphere between March 31 and April 4, according to Beijing Aerospace Control Center and other agency estimates. The China Manned Space website will supply daily updates.

The module is expected to reenter somewhere between 43 degrees north latitude and 43 degrees south latitude, the Guardian reported on March 6.

Launched in September 2011, Tiangong-1 had a design life of two years.

The heavenly vehicle successfully docked with the Shenzhou-8, Shenzhou-9 and Shenzhou-10 spacecraft and undertook a series of experiments.