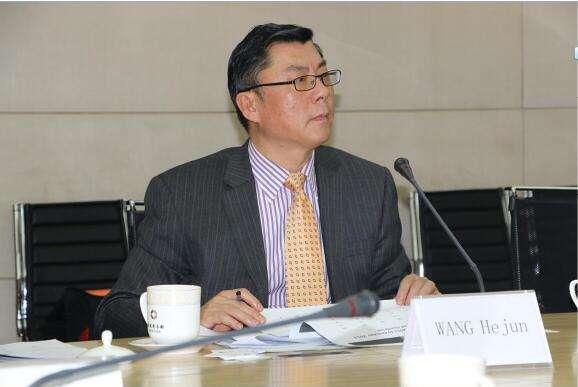 Wang Hejun, head of the trade remedy and investigation bureau under the Ministry of Commerce (File photo)

China is "strongly discontent" with unfair treatment of Chinese steel producers in trade investigations by the EU, an official said Thursday.
"The EU still uses data from Brazil to calculate prices and costs of Chinese steel companies to artificially raise their dumping margins," said Wang Hejun, head of the trade remedy and investigation bureau under the Ministry of Commerce.
The approach the EU adopted is called a "surrogate country" approach, which facilitates trade remedies by using production and price data in a third country to calculate the degree of dumping. It expired on Dec. 11, 2016 according to the protocol on China's accession to the World Trade Organization (WTO) nearly two decades ago.
"The EU should fulfill its duty written into the WTO protocol and treat Chinese firms fairly in its trade investigations," Wang said.
The European Commission on Thursday announced its final ruling to slap import duties ranging from 17.2 percent to 27.9 percent on corrosion resistant steel from China, the latest signs of friction on steel trade between the two economies.
Weighed down by shrinking demand, the world is still grappling with serious steel overcapacity.
"Hasty trade remedy measures will not help solve the problem," Wang said, urging joint action from countries involved to stabilize the global economy.
Wang said China is willing to improve communication and dialogue with the EU to properly handle the saturated steel sector.
The Chinese government has initiated an ambitious campaign to downsize steel production, with more than 50 million tonnes of crude steel capacity eliminated last year.