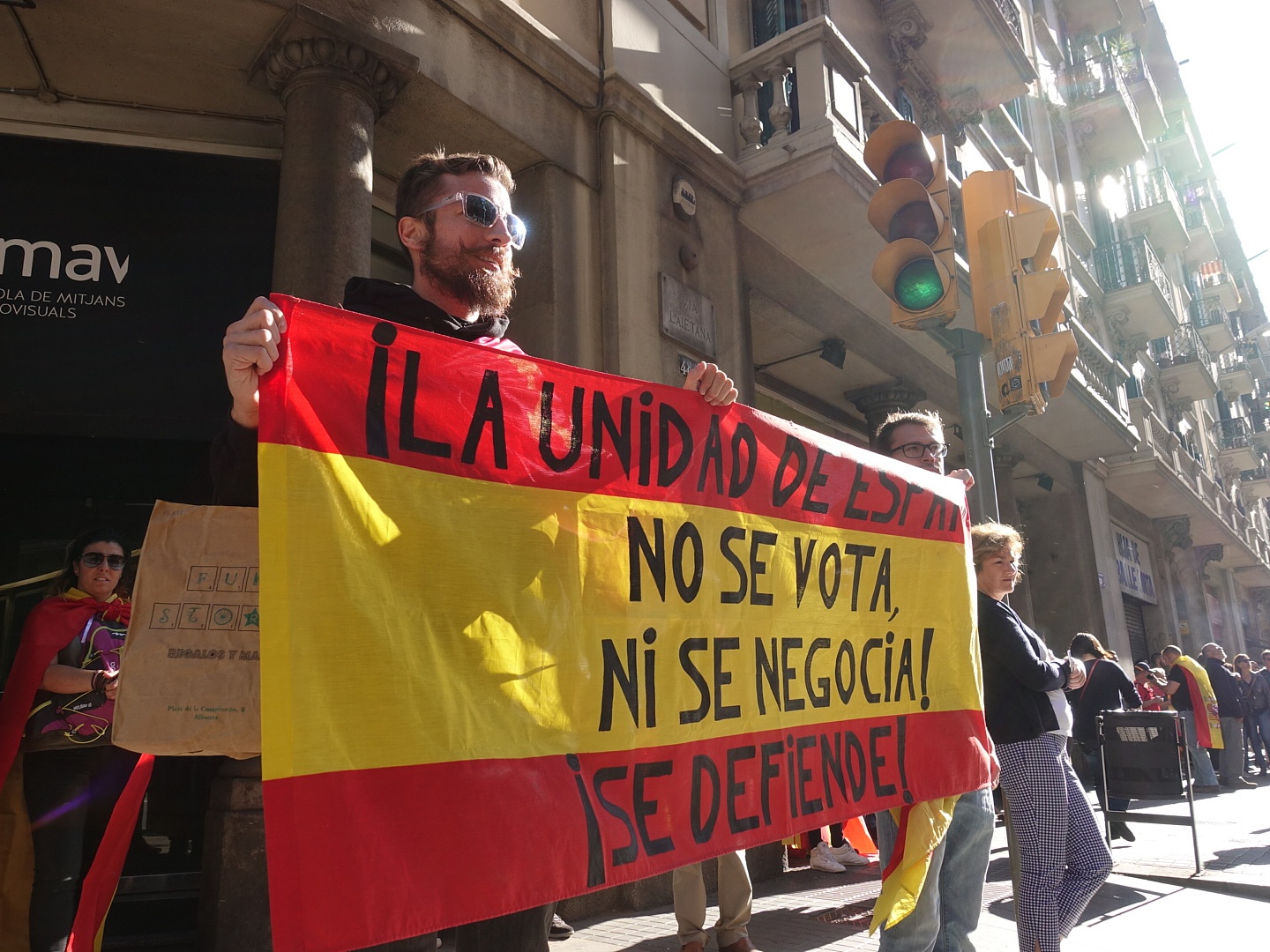 Local people take to the streets and appeal for national unity (Photo:VCG)

China voiced support for the Spanish government's effort to maintain national unity on October 30 after the Catalan parliament declared independence Friday.
Shortly after the Catalan parliament's announcement, Spanish Prime Minister Mariano Rajoy sacked Catalan leader Carles Puigdemont and his government and announced new elections would take place in the region on Dec. 21.
The Spanish Senate approved the application of Article 155 of the Spanish Constitution, which suspends the autonomy of Catalonia and hands control of key Catalan institutions to Madrid.
"China's stance on this issue is consistent and clear. China regards it as a domestic affair of Spain and understands and supports the Spanish government's effort to maintain national unity, ethnic solidarity and territorial integrity," Foreign Ministry spokesperson Hua Chunying said when asked for comment at a regular news briefing held in Beijing.
"China opposes moves to split the country and breach the rule of law and believes Spain is capable of protecting social order and citizens' rights within the legal and institutional framework," Hua said.
China has developed friendly cooperation with Spain in various areas based on the principles of respect for each other's sovereign and territorial integrity and non-interference in domestic affairs, the spokesperson said.