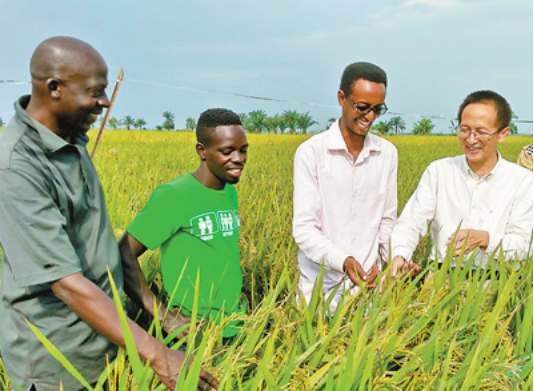 China is willing to share its experience in managing agriculture and rural systems with African countries through multiple ways, and further deepen cooperation with them, Chinese Minister of Agriculture Han Changfu vowed on Wednesday.

The country has established agricultural technology promotion and demonstration centers in 14 African nations to open up its technologies to the African friends, Han told a press conference during the ongoing first session of the 13th National People’s Congress.

He denied rumors in some reports that China exports “plastic rice” to Africa, saying that Chinese rice is safe to eat.

“As the minister of agriculture, I’ve never heard about or seen the ‘plastic rice’. It’s absolutely fabricated,” Han pointed out.

Han said China has sent a large number of experts to teach farming technologies to people in African countries, especially the least developed countries, and invited African farming technicians and officials to China for study and visits.

China’s agricultural cooperation with and food security assistance to African countries are sincere and without any strings attached, the minister stressed.

Statistics showed that by the end of 2017, Chinese experts and technicians have launched over 300 small-scale demonstration programs in Africa, carried out 450 projects to promote farming technologies and provided training for 30,000 local farmers and technical workers.

The country is currently working with the UN World Food Programme on carrying out third-party cooperation in Africa.