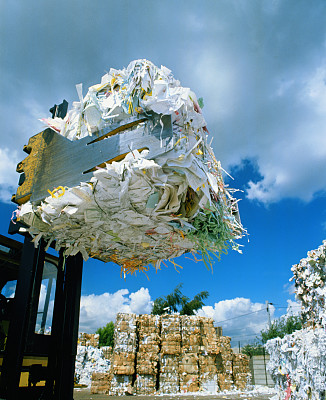 China's General Administration of Customs (GAC) announced on Tuesday it would expand inspections of waste paper and other solid waste to protect the environment and ensure public health.

GAC has been working closely with other departments to stop foreign garbage smuggling since August 2017, GAC spokesman Zhang Guangzhi said at a press conference. 31 enterprises have been investigated, involving 16,400 tons of imported goods worth 157 million yuan ($24.78 million).

As of January 24, imported waste plastics declined by 20.7 percent to 5.83 million tons, and imports of waste paper dropped to 25.72 million tons, down 9.8 per cent, according to data released by the GAC.

In July 2017, the implementation plan to ban imports of foreign solid waste into China was published.

In October 2017, the regulation on environmental protection on imported waste paper was launched to adjust the list to be formally implemented by the end of 2017 and to clarify industry requirements for importing waste paper.

Adjustments to the imported waste paper catalog will affect the paper manufacturing industry as unsorted waste paper will be banned from being imported, which accounts for about 20 percent of total waste paper imports, according to the Shanghai-based financial news outlet China Business Network's analysis.

The reduction in imports might impact the supply chain for small and medium enterprises, the analysis said.