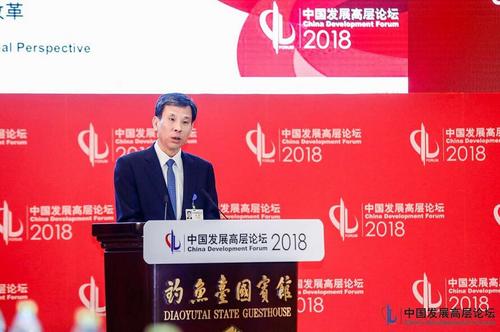 Value-added tax (VAT) rates will see further adjustments, and those in sectors including manufacturing and transportation will be lowered, said Liu Kun, minister of finance, while addressing the China Development Forum.

As the most significant tax overhaul for two decades, VAT is replacing the business tax, which has been in place for 60 years, streamlining procedures, and avoiding repetitive taxing. It was piloted in Shanghai in 2012 and expanded nationwide in May 2016.

The annual forum, with "China in the New Era" as its theme, has brought together nearly 30 globally renowned scholars, including seven Nobel laureates, and more than 80 executives of Fortune Global 500 firms.