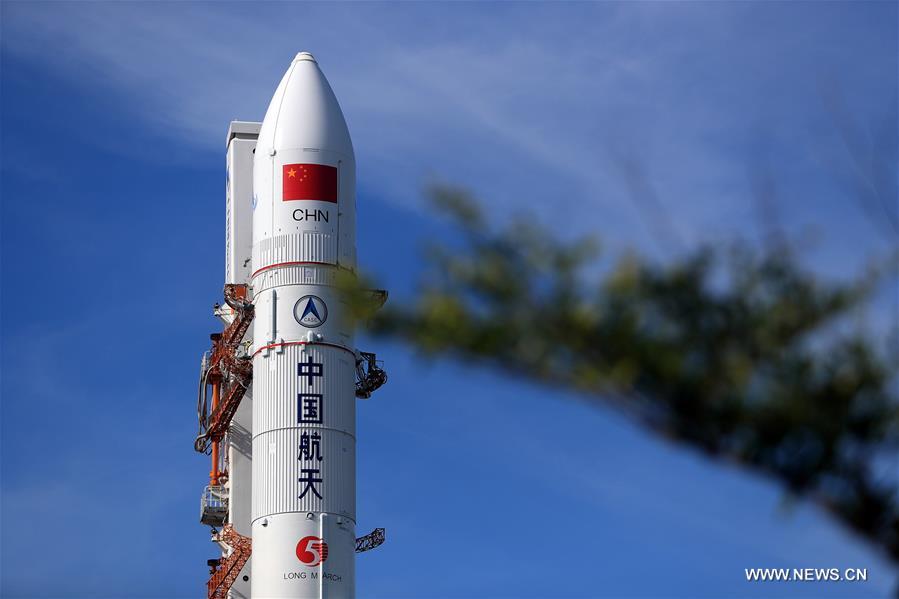 BEIJING, March 5 (Xinhua) - China will launch the Long March-5B carrier rocket into space in 2019, according to a spokesperson for the China Manned Space Engineering Office (CMSEO).

The rocket will help carry the core module and experiment modules to China's space station.

The Long March-5B carrier rocket will undergo testing in March in preparation for the first launch mission.

China will select the third batch of astronauts in the first half of this year for its manned space exploration plan. The new astronauts will include not only pilots, but also maintenance engineers. More manned and cargo spacecrafts have been scheduled for development.

The spokesperson also said the CMSEO would cooperate with the United Nations for Outer Space Affairs to offer opportunities on the application of the Chinese space station, with the European Space Agency on module development and with other countries on the lunar probe.

China initiated the manned space program in 1992. Designed as the country's strongest carrier rocket, the Long March-5 has a payload capacity of 25 tonnes to low Earth orbit, or 14 tonnes to geostationary transfer orbit.