CHENGDU, November 18 -- Chinese panda researchers plan to release two giant pandas into the wild later this month under a program to help rebuild the wild panda population.   China Conservation and Research Center for the Giant Panda in southwest China's Sichuan Province said the captive-bred pair, a male and a female, have received two years of training in Wolong to survive in the wild.   Ba Xi, the male panda, was born on July 26, 2015, and Ying Xue is just 14 days older than Ba Xi.   Researchers at a meeting organized by the State Forestry Bureau earlier this month agreed that the pair are in good health and have developed the ability to live in the wild independently.   They will be the second panda pair released into the wild. 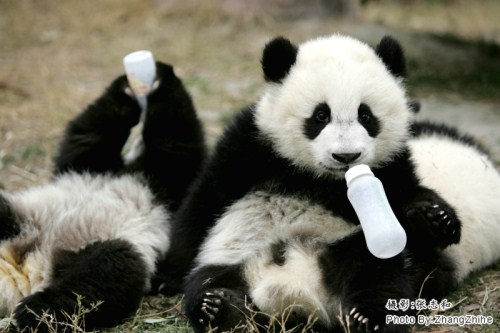 In October last year, three-year-old Hua Yan and two-year-old Zhang Meng, bred in captivity, were released to the Liziping Nature Reserve in Sichuan.   Researchers have decided that the second pair will also be released to the Liziping Nature Reserve.   The International Union for Conservation of Nature reclassified the giant panda species as "vulnerable" rather than "endangered" last year, thanks to decades of protection efforts.

According to the China giant panda breeding technology committee, the population of captive giant pandas has reached 520 worldwide.   However, the captive stock lacks genetic diversity. China has planned to improve the wild panda population by creating giant panda national parks, releasing more pandas into the wild, and furthering scientific research.