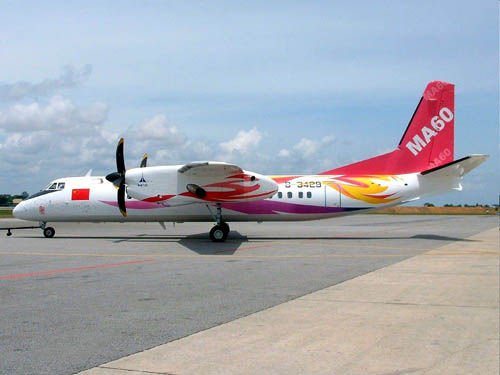 Zhang Xiaohong, the company's deputy general manager, said that the new agreement is another successful overseas sale of MA-60 aircraft.

The company did not disclose further details about the deal.

Angola has the fifth largest air passenger and freight volumes in Africa.

"The MA-60 planes will shorten travel time for passengers in Angola," Zhang said. "Meanwhile, the deal will increase the popularity of such aircraft on the international market."

The MA-60 is designed for short and medium-range commuter services. Due to its low operational and maintenance costs, it has sold well in Africa, Asia, and Latin America since 2005.