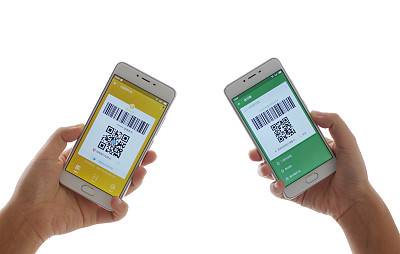 China's third-party payment companies may face intensified competition as regulators step up oversight of the industry to prevent financial risks.

Agricultural Bank of China announced in a recent notice that it would cut off the payment channel for Internet finance businesses such as peer-to-peer lending, the Xinhua-run Economic Information Daily reported.

The move followed a series of penalties levied at banks and online payment companies, which analysts said were aimed at curbing risks arising from direct clearance agreements between them.

Last week, the People's Bank of China (PBOC) said on its website that it has fined China Minsheng Bank's Xiamen branch and Pingan Bank for violations of rules concerning clearing management, management of yuan settlement accounts, and management of payment services by non-financial institutions.

In 2017, the central bank made 109 penalty decisions against third-party payment companies, tripling the number in 2016.

China's third-party mobile payment market has been growing rapidly in recent years with key players such as Alibaba's Alipay and Tencent's Tenpay dominating the industry.

While such platforms have offered consumers an alternative to bank payment channels at lower transaction costs, the rapid expansion has also led to financial risks, which regulators are determined to rein in.

Facing tighter scrutiny at home, many payment companies have chosen to expand their business overseas. Alipay, for example, has expanded into over 27 countries and regions.