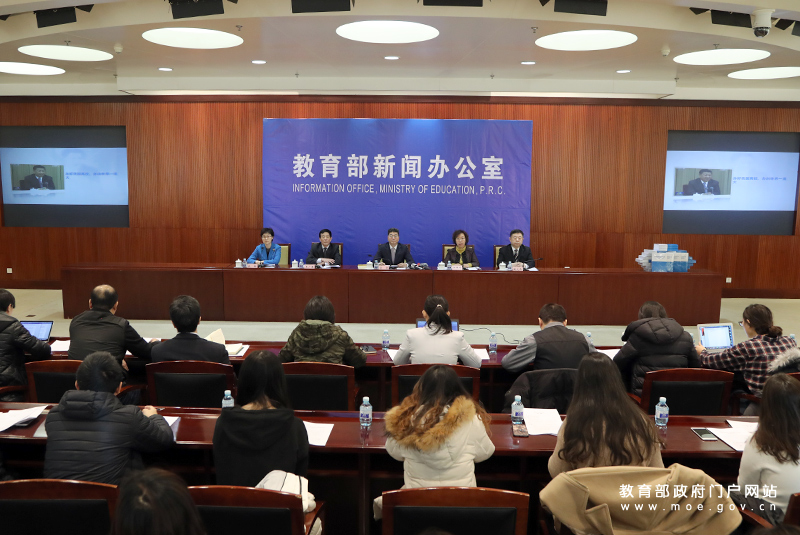 China's Ministry of Education holds a press conference to introduce National Standards on Teaching Quality in Colleges and Universities on January 30, 2018.(Photo: moe.gov.cn)

China's Ministry of Education on Tuesday released the first National Standards on Teaching Quality in Colleges and Universities, as part of China’s efforts to meet the global trend of improving the quality of talent.

The ministry said the standards are important to build a high-level system with Chinese characteristics.

The report involves 587 majors and over 56,000 colleges and universities.

The ministry said that through the standards, China hopes to raise its universities to world-class levels.