China has climbed two places to 19th in the The Bloomberg Innovation Index 2018. The recently-released measure of innovation showed that the US has dropped out of the top 10 for the first time. 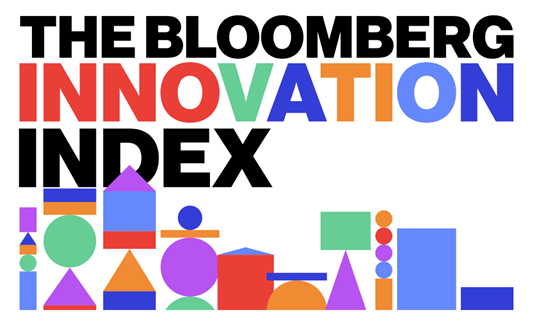 South Korea has maintained its top position for the fifth consecutive year. As the nation's most-valuable company by market capitalization, Samsung Electronics Corporation ranks second after International Business Machines Corporation in terms of US patents since the beginning of the 21st century. The firm's semiconductors, smartphones and digital-media equipment has formed an ecosystem of Korean suppliers.

Singapore rose from 6th to 3rd in 2017, surpassing European countries like Germany, Switzerland and Finland. 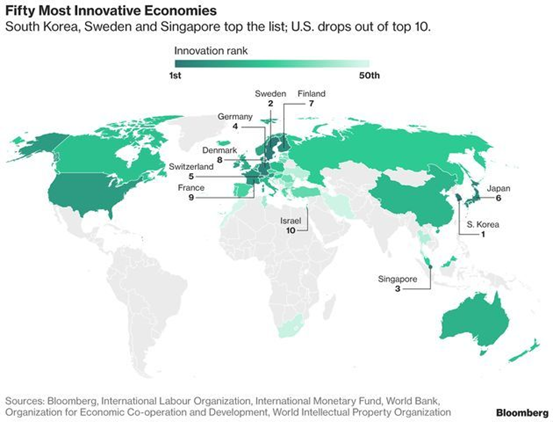 China has moved up due to ahigher proportion of science and engineering personnel in its labor force. Number of innovative patents produced by companies such as Huaweihas also risen.

US slipped to 11th from 9th last year. Robert D. Atkinson, CEO of Information Technology & Innovation Foundation, said: "I see no evidence to suggest that this trend will not continue. Other nations have responded with smart, well-funded innovation policies like better R&D tax incentives, more government funding for research, more funding for technology commercialization initiatives."

The report contains 7 indexes, including research and development intensity, high-tech intensity, manufacturing value-added and so on.

"Singapore has always placed strong focus on educating its population, especially in STEM disciplines. It also has a "steadfast commitment to funding R&D and innovation," said Yeo Kiat Seng, professor at the Singapore University of Technology and Design.

Prinn Panitchpakdi, country head of investment group CLSA Thailand, said: "One common trait in the US, Korea and China is that people accept failure as part of the process. Innovation lags in countries where the culture emphasizes risk avoidance and where R&D is seen purely an expense, not an investment. That's the mindset in Thailand." Thailand lost a spot to 45th this year.

Among the toppers in the list are five European countries, and three Asian nations with Japan ranking 6th. . Israel, the only country that outdid Korea in research and development, ranks 10th this year.