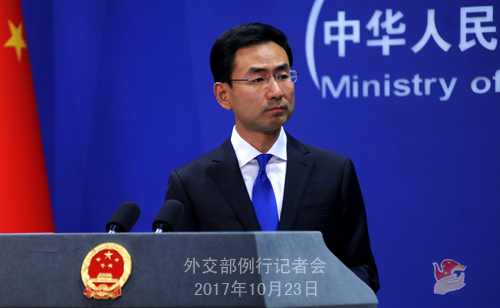 "China is aware of the results," Geng said. "China attaches great importance to developing its ties with Japan and hopes that Japan would abide by the four political documents and the four-point principled consensus between the two countries, take practical actions to promote the stability and improvement of bilateral relations."

"In the meantime, we hope Japan will continue on a path of peaceful development to play a constructive role in regional peace and stability," said Geng.