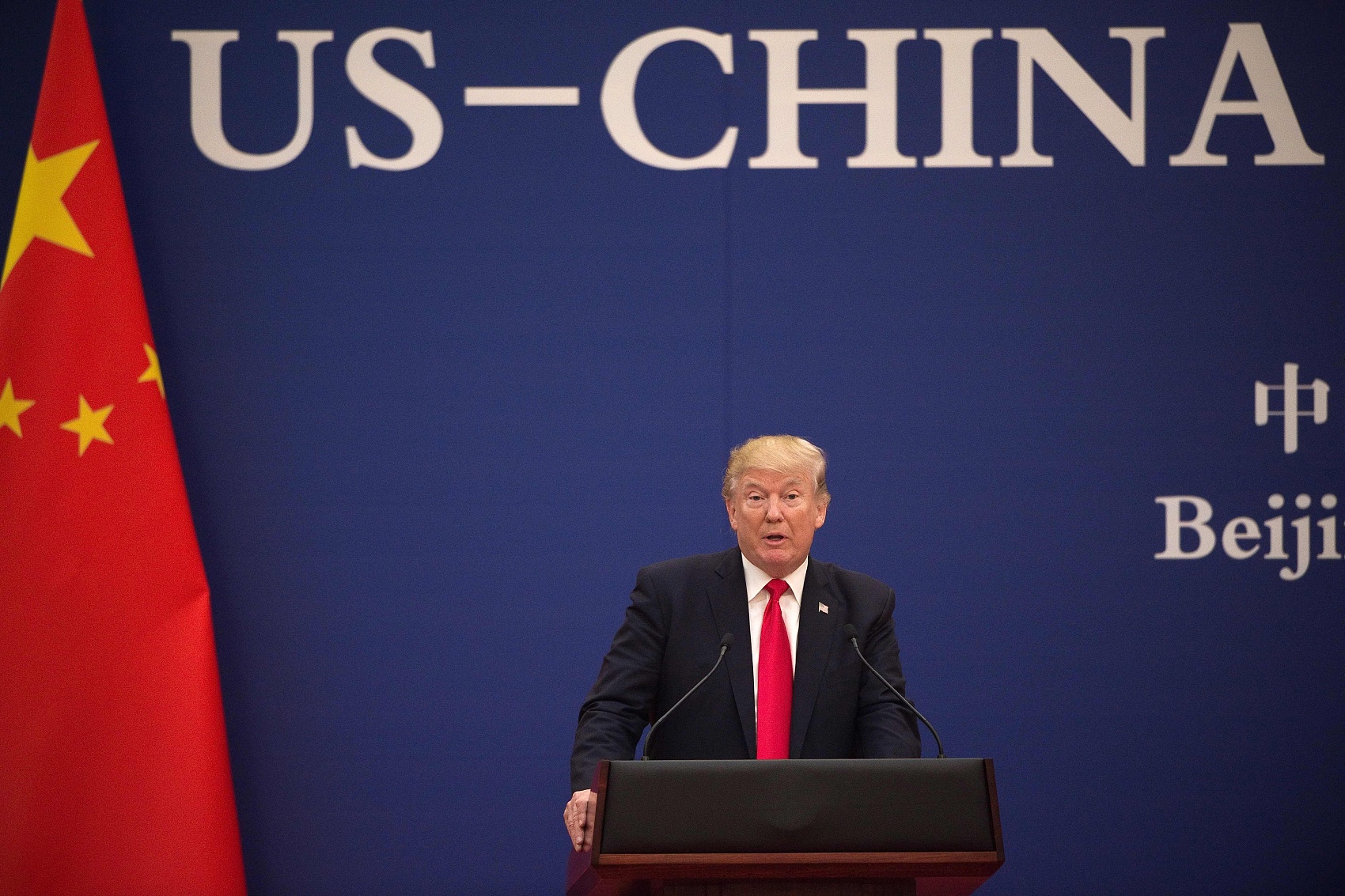 US President Donald Trump makes a speech during a business leaders event with China's President Xi Jinping inside the Great Hall of the People in Beijing on Nov 9. (Photo:VCG)

Beijing (People’s Daily) - The economic and trade agreements reached between Chinese President Xi Jinping’s and his US counterpart Donald Trump during the latter’s state visit shows growing win-win cooperation for the two countries in this field.

Commercial Activities: China’s Ministry of Commerce and the US co-hosted the US-China Business Exchange. 28 influential entrepreneurs from the US trade mission, 20 Chinese business leaders and 8 Chinese ministry officials discussed how to advance cooperation in broader areas between Chinese and American enterprises.

Opening-up Measures: Chinese and American civil aviation authorities signed the Implementation Procedures for Airworthiness. China announced that it will take further measures to open up security funding and future companies, banks, life insurance, automobiles and other fields. Meanwhile, China urged the US to relax regulations in high-tech exports from China, fulfill Article 15 of the protocol on China’s accession to the WTO, stop investigating China under Section 301 of the US Trade Act of 1974, treat the Chinese enterprises investing in the US fairly, and use trade remedy measures with caution.

Yu said that the value of economic and trade achievements made by China and the US reached a historic record. They reflect the characteristics of win-win cooperation between the two countries in economy and trade and brought concrete benefits to enterprises and people in both China and the US. Sinopec, for example, took the lead in participating in the LNG project in Alaska. The project, when implemented, will create about 70,000 local jobs while reducing 80 million tons of carbon dioxide emissions per year in China.

Yu stressed that the agreements reached by the two countries are an important foundation for China-US cooperation in the next stage. The Ministry of Commerce will follow the progress of bilateral cooperation, urge enterprises to implement the cooperation achievements to turn them into the new growth points of China-US economic and trade cooperation, and inject new momentum in the development of China-US economic and trade relations. He also stressed that both countries should have rational dialogues to enhance mutual trust.