China warns US against putting bilateral trade ties in jeopardy 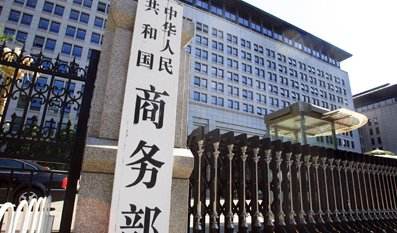 BEIJING, March 23 -- China's Ministry of Commerce (MOC) on Friday urged the United States to "pause on the brink of a precipice" and make prudent decisions so as not to put bilateral trade relations in jeopardy.

Calling the recent US restrictive measures on China "a very bad precedent," an MOC spokesperson said it went against "the interests of China, the US and the world at large."

China will not sit idly watching its legitimate rights and interests being damaged under any circumstance, the spokesperson said.

"We are fully prepared to firmly defend our interests," he said.

Despite strong warnings from business groups and trade experts, US President Donald Trump on Thursday signed a memorandum that could impose tariffs on up to $60 billion of imports from China and restrictions on Chinese investment in the United States.

The memorandum is based on the so-called Section 301 investigation into alleged Chinese intellectual property and technology transfer practices, launched by the Trump administration in August 2017.

The move came after the US administration took an increasingly hawkish turn on China, as it blamed its trade deficit with major trading partners for its domestic economic woes and job losses.

Despite worldwide objection, the US government decided to impose a 25-percent tariff on steel imports and 10 percent on aluminum, with tariffs on imports from EU member states, Argentina, Australia, Brazil, Canada, Mexico and the Republic of Korea being suspended until May 1, 2018.

The MOC reiterated its stance of not fearing a trade war although it said that it is the least desirable option. "We have confidence and capability in dealing with any challenges," the MOC spokesman said in a statement on its website.

US industries also strongly disagree with the sweeping tariffs.

"Tariffs could lead to a destructive trade war with serious consequences for U.S. economic growth and job creation. The livelihood of America's consumers, businesses, farmers, and ranchers are at risk if the administration proceeds with this plan," US Chamber President and CEO Thomas J. Donohue said in a statement.

This will not solve America's economic problems and probably in the long term will make it worse, said Robert Lawrence Kuhn, a leading China expert, adding the reason is because there are natural economic principles that are being violated by heavy tariffs.