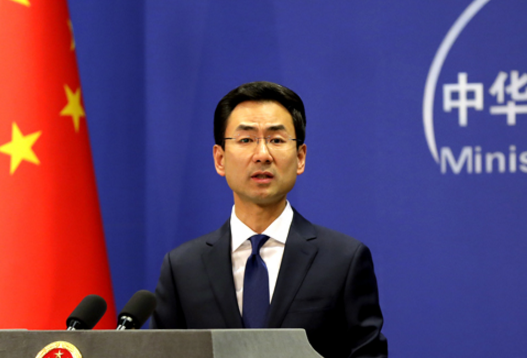 China welcomes the positive message released by the US and North Korea on direct dialogue, a Chinese Foreign Ministry spokesperson told a press conference on Friday.

Geng Shuang said that China fully affirms and supports the concerned parties’ efforts to resolve problems through dialogue with "political courage" in the pursuit of Korean Peninsula denuclearization.

Just as Foreign Minister Wang Yi pointed out at the two sessions press conference on Thursday, it is important to hold necessary and helpful bilateral and multilateral contact, and restart dialogue on the issue as soon as possible, Geng said.