HEADLINE China will fight to the end of the trade war: People's Daily

China will fight to the end of the trade war: People's Daily 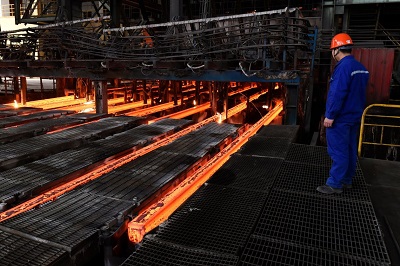 "China strongly opposes the recent provocation of the US. China is confident it will be able to meet any challenges and will fight to the end of the trade war with the US，" says an article of the People's Daily on Mar. 24.

According to the article, the recent American investigation under Section 301 towards China denies China's strengthened efforts on intellectual property protection, violates the rules of WTO and turns a blind eye to the common wishes of various industries.

"The American'Section 301' Probe is initiated, carried out and controlled by the US. It's completely unilateral and opposed by other countries,"said Bai Ming, high official at the Ministry of Commerce.

"Both countries' economies will be affected, a terrible demonstration effect will be caused, thus the whole international economic order will be further disturbed," said Li Yong, co-chair of the Center for Sino-US-European Economic and Strategic Studies of China Association of International Trade.

The American "Section 301" Probe ignores the rules set by the WTO, China's real situation and the economic and trade relations between China and the US, which is supposed to be mutually beneficial and yield win-win results, said Chen Fuli, a director of the Ministry of Commerce. "We have been fully prepared to get a closer look at its process and do serious research. China would definitely fight back, if its interests would be damaged."

After public research, the Ministry of Commerce published a list of products on March 23 to impose tariffs on some American products, to counterbalance China’s interests loss due to America’s tariffs on Chinese steel and aluminum products.

It is necessary for China to conduct "justified, advantageous and moderate" countermeasures. China can put forward an anti-dumping investigation or increase its tariffs on American agricultural products, transportation equipment (such as airplanes and automobiles), clothing, etc, which has a strong dependence on the Chinese market,”said Lian Ping, chief economist at BFRC.