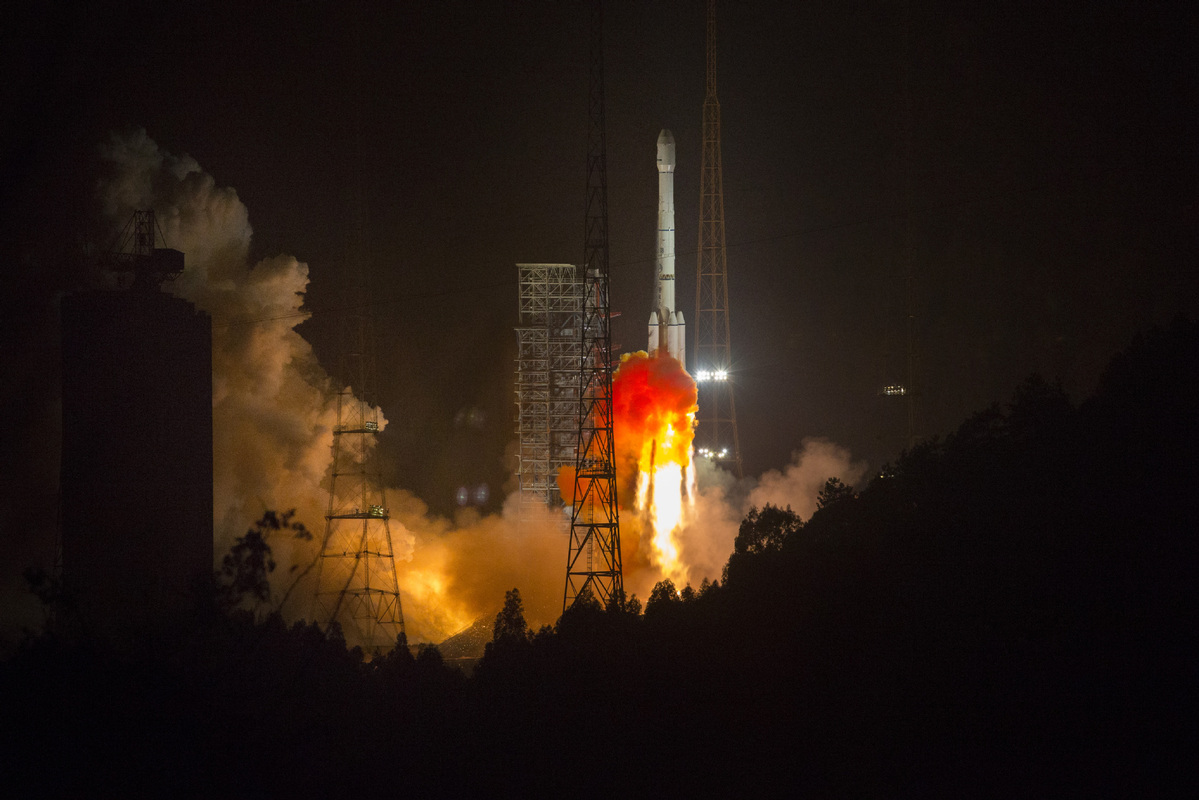 In his message, Xi pointed out that the project of Alcomsat-1, Algeria's first communications satellite, is an important manifestation of the China-Algeria comprehensive strategic partnership, which starts a precedent in aerospace cooperation between China and Arab countries and will play an important role in promoting Algeria's economic development, improvement of its people's livelihood and social progress.

The year of 2018 marks the 60th anniversary of the establishment of diplomatic relations between China and Algeria, Xi said, adding that Beijing is willing to work with Algeria to strengthen exchanges and cooperation in various fields, promote the in-depth development of the comprehensive strategic partnership so as to benefit the two countries and two peoples.

For his part, Bouteflika said in his message that the successful launch of Alcomsat-1 is a remarkable achievement in aerospace cooperation between Algeria and China, which reflects the deep traditional friendship between the two sides.

Algeria is willing to work with China to jointly promote cooperation in various fields to achieve more results, he added.