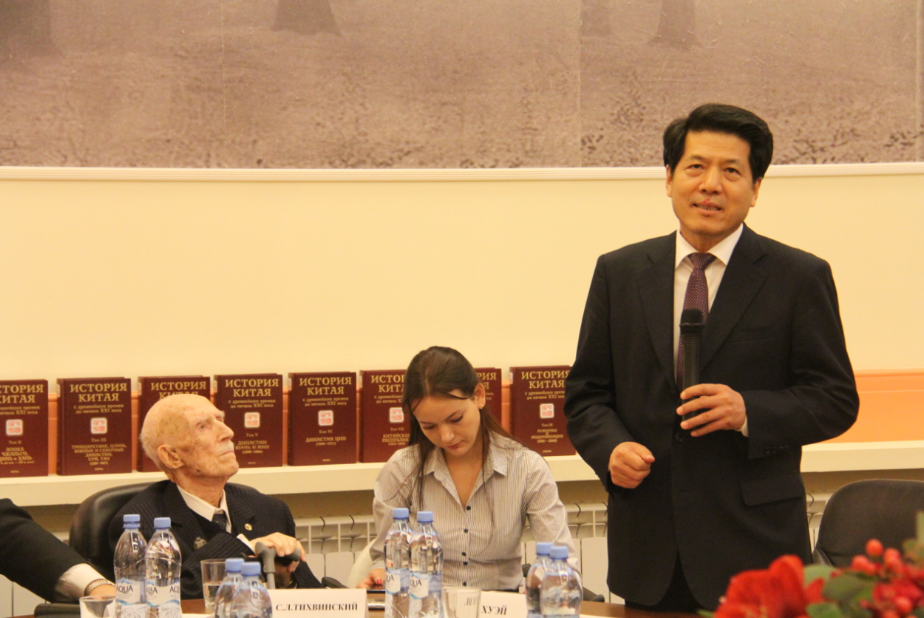 Moscow (People’s Daily) – World-renowned sinologist, Sergei Leonidovich Tikhvinsky, was honored at a media event announcing the tenth volume from the series “Modern History of China” where Chinese Ambassador to Russia, Li Hui, was in attendance.

At the nursing home of the Russian Academy of Sciences, Institute of Far Eastern Studies (IFES RAS) where the 99-year-old academician lives, Tikhvinsky introduced the previous nine volumes from the series.  Authors and editors shared their thoughts on his work discussing his contributions to the developing relations between China and Russia.

The ten volumes examining China's history is an achievement in modern Sino research. 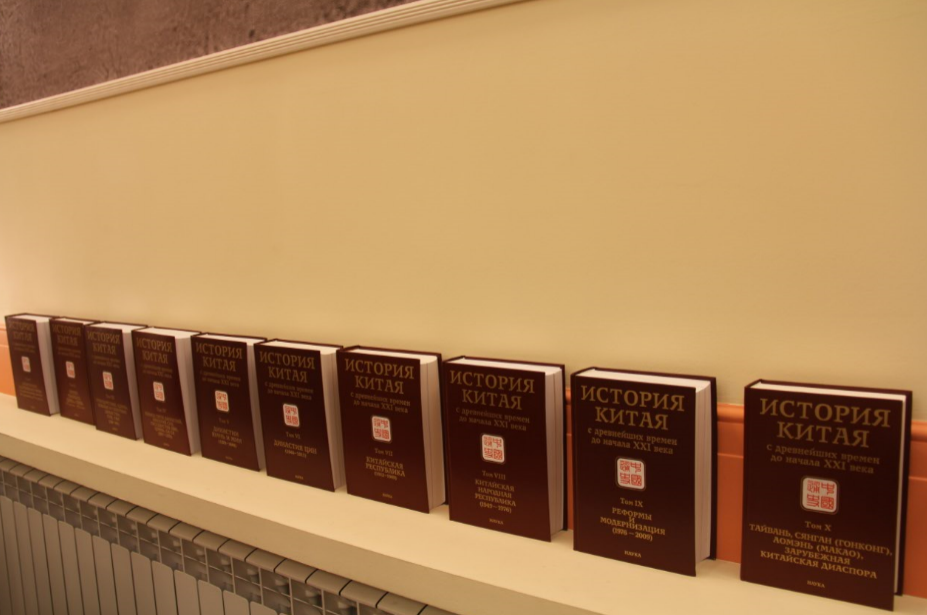 Ambassador Li expressed his appreciation to the Science Press, Russian Academy of Sciences Institute of Far Eastern Studies, and the Russia-China Friendship Association. He also that he looks forward to future contributions in the field of Sino-Russian studies.

Ambassador Li emphasized how the 19th Communist Party of China National Congress has opened a new chapter in Chinese history. He felt the historical series will provide Russian readers with a greater insight into Chinese culture and history.

“The Chinese consulate will continue to support the research and study from this Academy,” said Li.

Andre Vinogradov, editor of the eighth volume from the series, discussed the advances China has made in economic and social development.  He pointed out how interest in China has increased worldwide among academia.

“There are more than 100 schools offering Chinese language instruction in Russia. It is considerably more challenging to understand Chinese politics, economics, and culture, however than simply learning Chinese. I believe the series will be a good tool for those who want to dig deeper into Chinese culture,” said Venogradov.