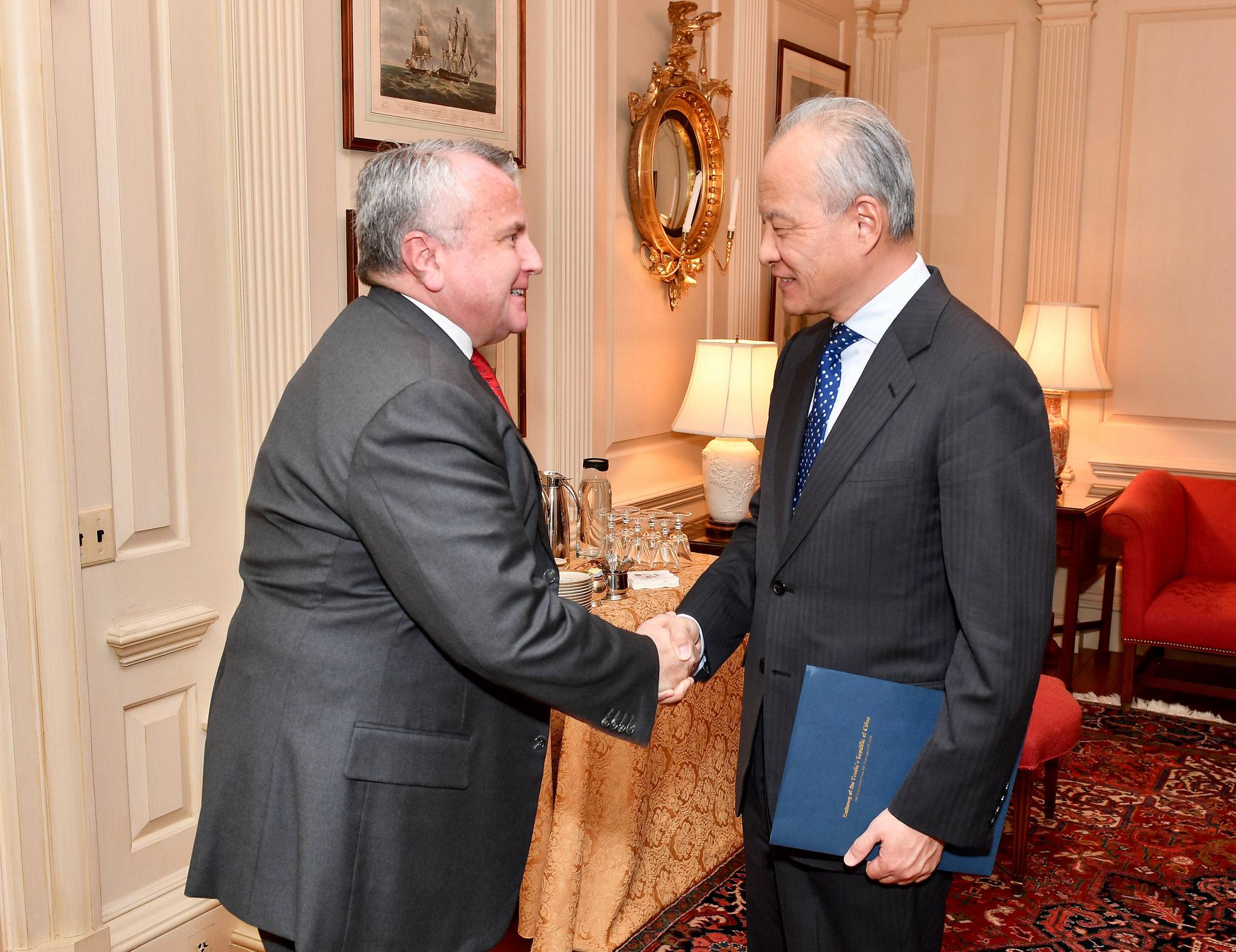 (Photo via U.S. Department of State)

Washington (People's Daily) - Chinese Ambassador Cui Tiankai to the U.S. on Wednesday urged the US side to abandon its unilateral and protectionist practices and terminate Section 301 investigation as early as possible, and seek a solution through dialogues and consultations with the Chinese side. He made the remarks while meeting with U.S. Acting Secretary of State John J. Sullivan.

They discussed China-US relations and other related topics. Ambassador Cui reiterated China’s position on the economic and trade differences between the two countries.

They also exchanged views on the current situation of the Korean Peninsula and other issues of mutual interest.