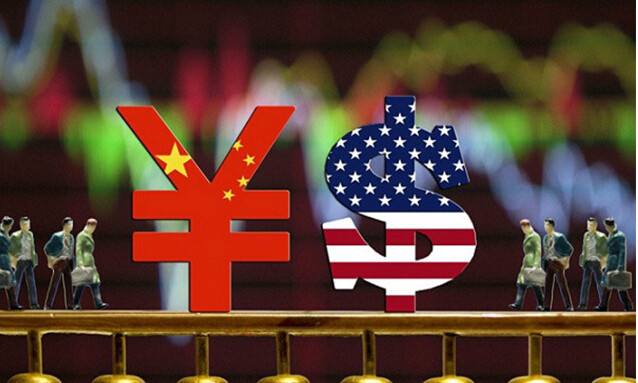 If a trade war is escalated by the US, the Chinese authorities will take all necessary measures to minimize the losses for Chinese companies and individuals. Nonetheless, the US, the world's largest economy with a GDP of approximately $19 trillion, has less endurance for a full-blown trade war.
China does not want a trade war with the US, which is one of its most important trade partners. But if US President Donald Trump starts a trade war, China will fight to the end to defend its interests.
If unfair action is taken by the US, China has various tools to use as countermeasures. Meanwhile, China is expected to be fully prepared for the escalation of trade friction by strengthening its ability to safeguard Chinese entities targeted by the US.
In an all-out trade war, offense and defense are equally important to winning.
The Trump administration said it will impose punitive tariffs on Chinese imports ranging from industrial robots and electric vehicles to locomotives and jet engines. If this measure is carried out, China can provide export-promoting subsidies for companies that export goods on the list.
Behind the trade dispute is the US concern over the "Made in China 2025" program, which aims to upgrade China into a manufacturing superpower.
However, Trump's efforts will be in vain. The Chinese government is highly able to mobilize resources and coordinate action to promote its strategy and protect domestic employment.
Export-promoting subsidies are just one of many options for China to use in tackling a trade dispute with the US. China's strong mobilization capability will help the government to defend the nation's own interests.
The situation is different in the case of the US, however. US stocks saw deep losses in recent days amid jitters about Sino-US trade tensions.
While it is hard to win a trade war with punitive tariffs, it is more difficult to protect people from feeling pain in the fight.
In the US, some interest groups such as steel companies benefit far more than others from trade protectionism, while the trade disputes potentially hurt exports of US farm products.
Because of an uneven distribution of interests, US society is likely to be more and more split in its attitude to the trade war with China, making the trade war very costly for Trump.