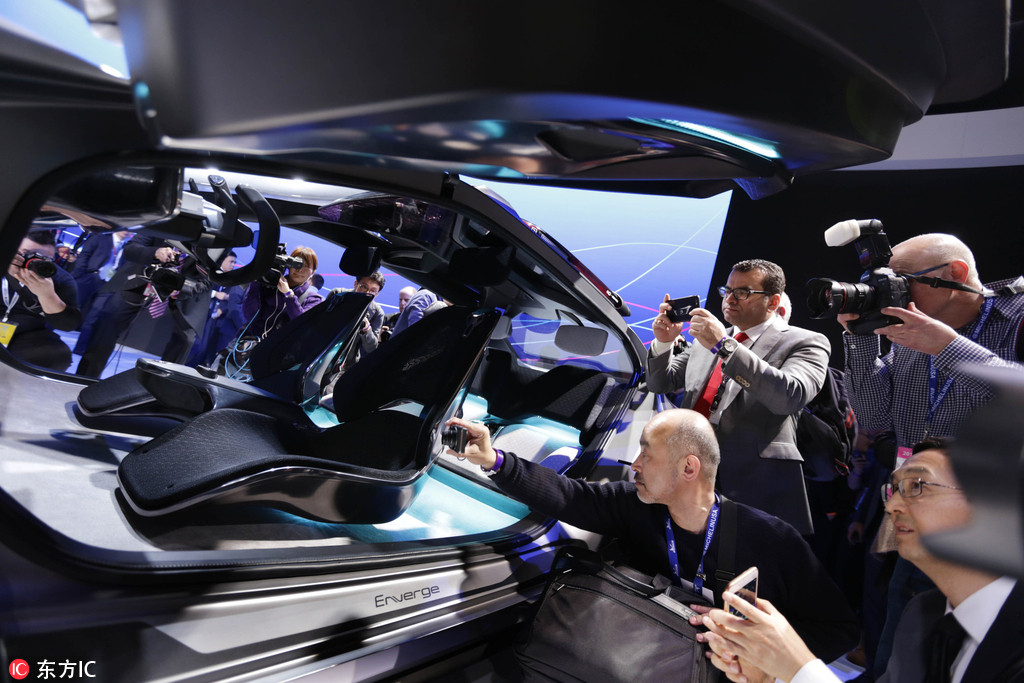 The GAC GA4 is unveiled at the GAC press conference during the 2018 North American International Auto Show in Detroit, Michigan, on January 15, 2018.

The company established a plan in 2016 to sell vehicles in America, then set plans in motion to make it a reality. To ensure it could develop a vehicle for the U.S. market now and in the future, GAC established an R&D center last April in Silicon Valley. The site works on the development of intelligent vehicle systems, driverless cars and other new energy vehicle technologies.GAC plans to open a second R&D center in Detroit or the surrounding suburbs in the first half of this year to concentrate on more conventional development activities as well as a design studio that will be based in Los Angeles.The Chinese automaker, which just celebrated its 10th anniversary earlier this year, plans to establish a sales company and attend the National Auto Dealers Association's annual show in March to see if it can recruit potential dealers, to establish a sales network in the United States.Additionally, the company has a very powerful ally in China: Fiat Chrysler Automobiles (FCA). GAC is FCA's joint-venture partner in China. Officials said they have built up a lot of trust with the Auburn Hills, Michigan-based company and believe the automaker will act as a "mentor" during the growth process.FCA Chief Sergio Marchionne, speaking at a separate event here in Detroit, supported the assertion saying that they have a strong partnership. "They are already ... a very good partner" in China, he continued. "Without them, we could not have gone as far as we have in China."Besides China, GAC sells vehicles in 14 other countries and that experience led its executives to believe they are ready to make the move to the U.S. market.Aside from the cultural acceptance of a vehicle produced and exported from China to the United States, which has been mitigated to some extent by the sale of the Buick Envision and Volvo's entire line-up, there are other hurdles to surmount."The U.S. has a mature legal system," said Feng Xingya, president of GAC Group and chairman of GAC Motor. "It is the most challenging (legal system) in the world."Feng and other executives told a press conference that GAC has been studying and preparing for the legal hurdles it will face not just in meeting the country's stringent safety standards, but also ensuring that it conforms to the franchise sale structure, which has laws which vary from state to state.Feng also noted the company has learned the lessons from Honda, Toyota, Mitsubishi and others which failed initially as they attempted to sell vehicles in the United States.