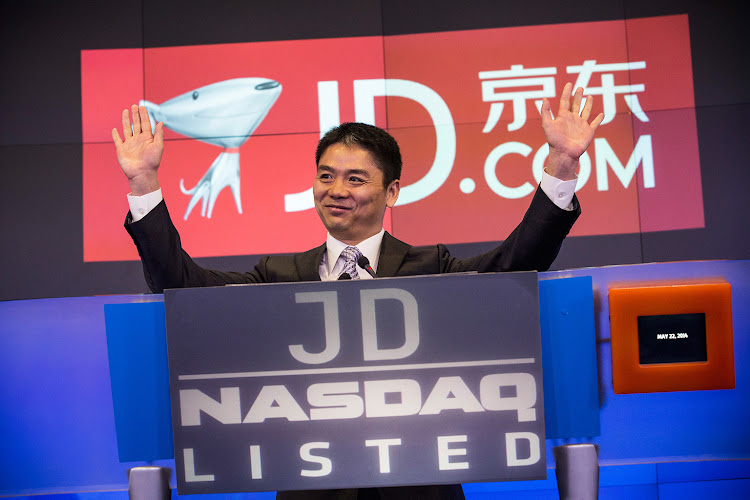 Liu, CEO and founder of e-commerce behemoth JD.com, is known as the “Jeff Bezos of China.” He posted on his Weibo page that he wanted to find out more about the “Zhongling” clan, his forefathers before his great-grandfather moved from Xiangtan, Hunan Province to Jiangsu Province.

“Netizens seem to have gone too far out of their way,” Liu said Friday after it was reported that many Chinese had changed their Internet profile name to “Liu Qiangdon” or “Liu Qiandong” while making assertions of possible bloodties to the 16th richest man in China.

Roughly 65 million people in China bear the “Liu” moniker, one of the most common surnames in the country.  Those with the same family name in Xiangtan and surrounding areas are wondering if their surname could be a winning lottery ticket.

Liu was raised in Suqian, an impoverished village in Jiangsu Province, and his empathetic and charitable reputation is well-known. He frequently helps family members and uses his fortune to alleviate poverty.

Xiangtan media said Liu’s ancestors might belong to the same bloodline to the youngest brother of Liu Bang, the first emperor of the Han Dynasty.  But it could be hard to prove as a few days ago it was reported that a book containing records dating back to this period was stolen.

So how far back are Chinese able to trace their ancestry?

Those from Southern China, and surprisingly so, can go much further back than previously imagined.

Chinese are obsessed with recording their family lineage.  It’s not uncommon for families to make their own books and fill them with family records and personal information going back dozens of generations. But many of these books have been lost to history over the years.

Confucius, the famous Chinese philosopher, has the longest family tree in the world.

The spirit of connecting with one’s ancestors is a source of inspiration for Chinese to work hard to preserve the honor and reputation of their ancestors.

But younger generations today could be losing contact with their family history as a recent study found that they were only able to go back three generations.

Extending the bloodline and family name while preserving the inherent characteristics of previous generations is an important belief among Chinese. The idea that the son is the reflection of his father and grandfather is part of the family experience.