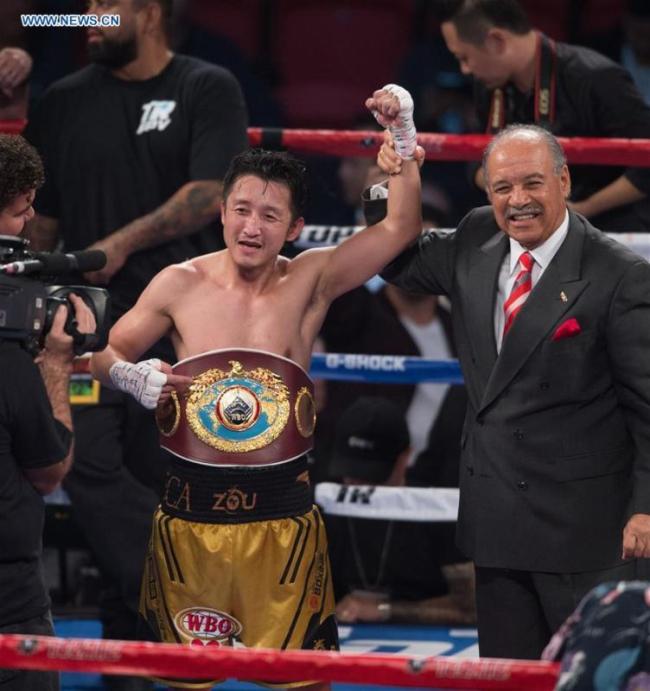 "The World Boxing Council takes great pride in bestowing upon Zou Shiming, the first one in Asia, the honor of being our latest Ambassador of Peace and Concordance," said the organization in a statement.

Zou held the WBO flyweight title from 2016 to 2017 as a Chinese professional boxer. In the light-flyweight division, he won two Olympic gold medals for China in 2008 and 2012 and three World Amateur Boxing Championships gold medals in 2005, 2007 and 2011.

"China is emerging as one of the great powers in the world of sport, and much of that has to do with the influence Zou Shiming has had on its worldwide outlook," the WBC said in the statement.

"China, and the sport of boxing worldwide, have every reason to be thankful for the presence of someone like him to carry the banner forward for his great nation," the statement said.

"Chinese have shown unbelievable strength and capability in many sports fields. Zou Shiming was the first one to show that boxing can be for Chinese," Mauricio Sulaiman, the WBC President, told Xinhua.

"With good administration, the WBC is working hard to make a structure. So the sport can be developed and organized with safety, with protection for the boxer," said Sulaiman, noting that the door of professional boxing is open to Chinese boxers.

"It's a great honor not only for me but also for Chinese boxing," said Zou.

"I hope I can continue to contribute to the development of Chinese boxing, especially to foster young talented Chinese boxers," he added.