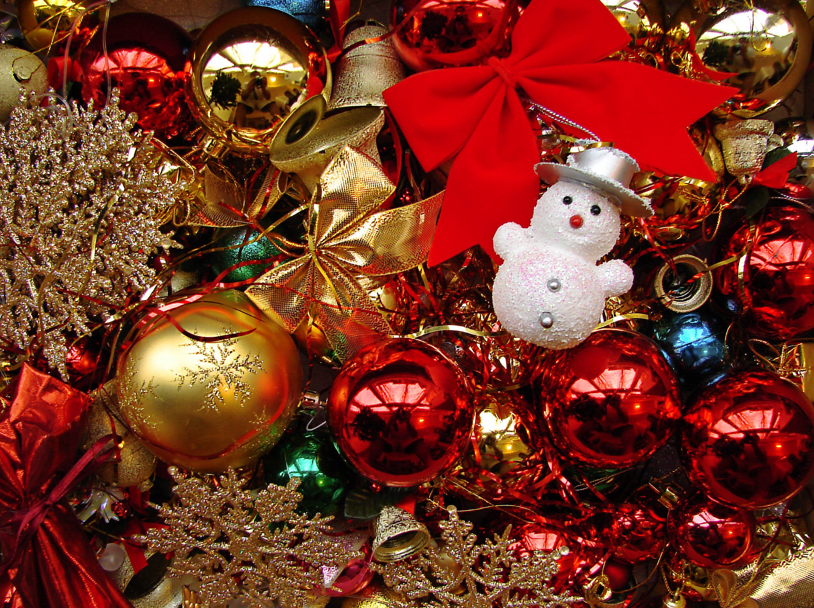 Christmas was celebrated throughout China as a debate raged on social media about a notice by one local police department that bans all local Communist Party members, government officials and their families from participating in the holiday.In Beijing's Gate Citymall, the shopping counters were bedecked with Christmas trees and lights. Salespeople in the Haidian district store sported red hats and reindeer antlers. Christmas music played, a Global Times reporter confirmed."We placed a Christmas tree and reindeer decorated in glowing lights in our office. On Friday our human resources colleague even dressed as Santa, bringing us apples and ginger cookies as Christmas presents," a 27-year-old woman who works at a Beijing animation studio told the Global Times on Sunday. She did not give her full name."Almost every store was decorated with a Christmas theme and the yearly Harbin Ice and Snow World opened this year just before Christmas to catch the festive atmosphere," Xiao Bai, a 25-year-old woman told the Global Times on Sunday. She was on a business trip to the chilly northeastern city in Heilongjiang Province.Hamleys, the 257-year-old British toy shop, opened a five-floor store in Wangfujing, one of Beijing's busiest shopping streets, on Saturday."There has also been a notable increase lately in the sales volume of red wine, chocolate and drinks," an employee at a Vanguard supermarket in Tianjin told local news portal enorth.com.cn.Supermarkets in Tianjin including Vanguard, Carrefour and Yonghui have all reportedly set up a special Christmas sales area for routine knickknacks like trees, toy reindeers and flowers, ranging from five yuan ($0.76) to 200 yuan, the report said.China's leading mobile payment platform Alipay changed its home page into a platform promoting special Christmas offers. An antler headgear photo promotion attracted thousands of users on WeChat on Saturday.Others see Christmas as a kind of cultural invasion. Police in Hengyang, Hunan Province, published a notice on December 14 ordering Party members, government officials and their families not to celebrate Christmas. The China Communist Youth League's Anhui division published an article on WeChat on December 17, saying "Christmas is China's day of shame." These calls have been characterized by some Western media as if they were nationwide bans on Christmas."It might be difficult for Western people to understand the inclusiveness and flexibility of Chinese culture," said Fan Peng, a research fellow at the Institute of Political Science under the Chinese Academy of Social Sciences."Westerners think China is either this or that, and consider some of our regulations prohibitions," Fan said, noting that celebrating Christmas shows Chinese people enjoy increasingly tolerant lifestyles."I don't think we need to take the festival too seriously because for many people, Christmas is just a time of sales," a Peking University student told the Global Times on Sunday.