HEADLINE Chinese chips may stand out in age of AI: MIT Tech Review

Chinese chips may stand out in age of AI: MIT Tech Review 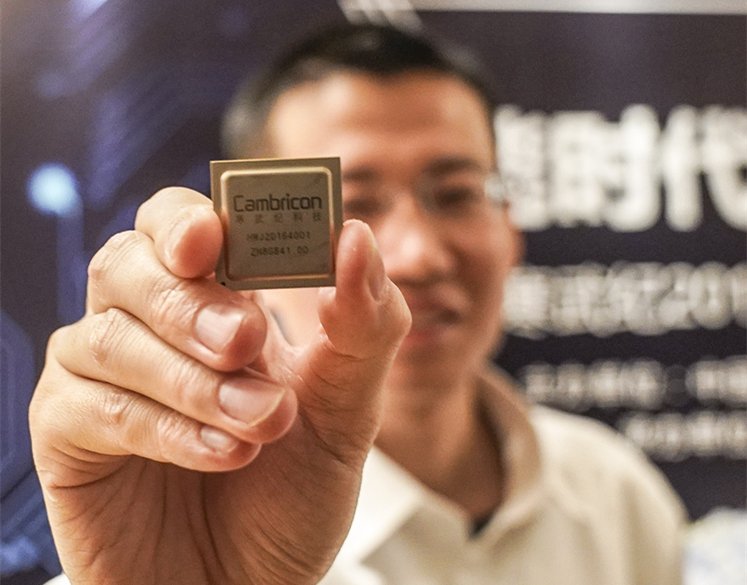 Chinese chips could catch up and even stand out in the current Artificial Intelligence (AI) boom, according to a news report published in a U.S. technology magazine Wednesday.

In the current wave of enthusiasm for hardware optimized for AI, China's semiconductor industry sees a unique opportunity to establish itself, said the report published by MIT Technology Review, a magazine founded by the Massachusetts Institute of Technology.

The article cites Chinese chip "Thinker" as an example. Designed to support neural networks, "Thinker" could recognize objects in images and understand human speech. What makes the chip stand out is its ability to "dynamically tailor its computing and memory requirements to meet the needs of the software being run."

Also remarkable is a mere eight AA batteries are enough to power it for a year.

"The chip is just one example of an important trend sweeping China's tech sector," said the report.

In a three-year action plan to develop AI, published by China's Ministry of Industry and Information Technology in December 2017, the government laid out a goal of being able to mass-produce neural-network processing chips by 2020.

"Compared to how China respond to previous revolutions in information technology, the speed at which China is following the current trend is the fastest," the review quoted Shouyi Yin, vice director of Tsinghua University's Institute of Microelectronics as saying. Yin is also the lead author of a paper describing the design behind "Thinker."

The article also listed some difficulties that Chinese chip researchers faced, such as how to commercialize their chip designs, how to scale up, and how to navigate a world of computing being transformed by AI.

"What's not lacking though, is ambition," said the report.