The Chinese character Fú means "fortune" or "good luck” and is associated with Spring Festival. Fu decorations hang on the doors of Chinese homes. The traditional characters are printed on paper or stitched in a fine fabric.

Lin Xiang was born in the 1980’s. In one year, he designed 32 Fu signs, each possessing inherent cultural characteristics only found in a specific province or a city. 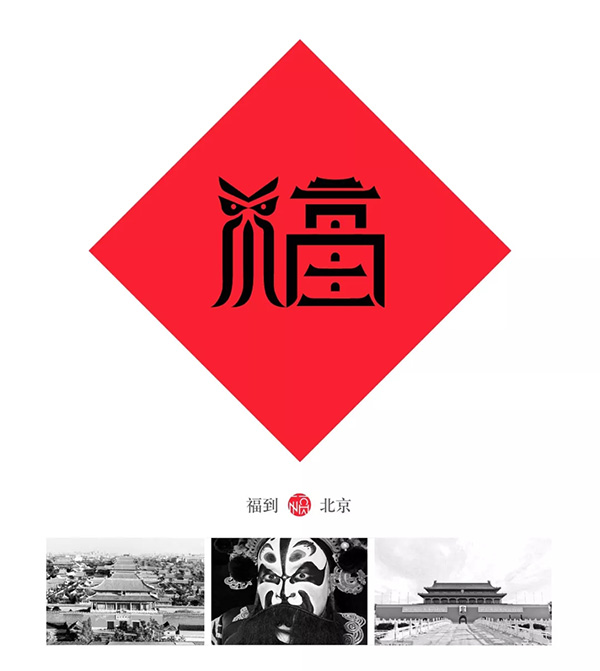 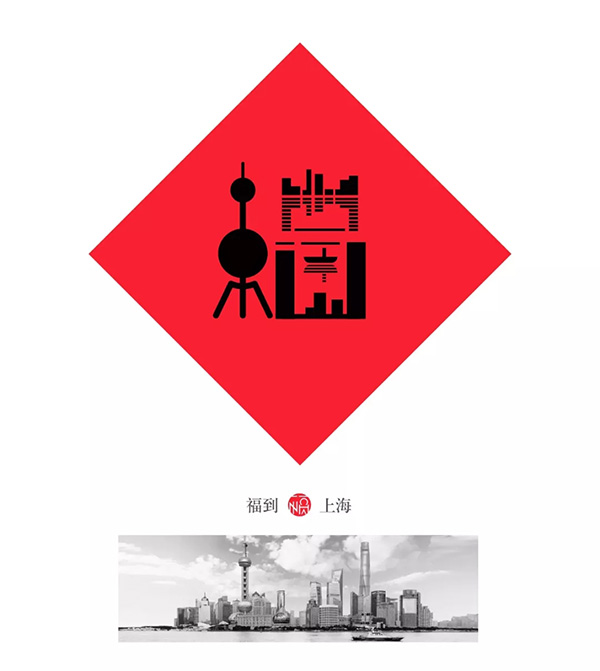 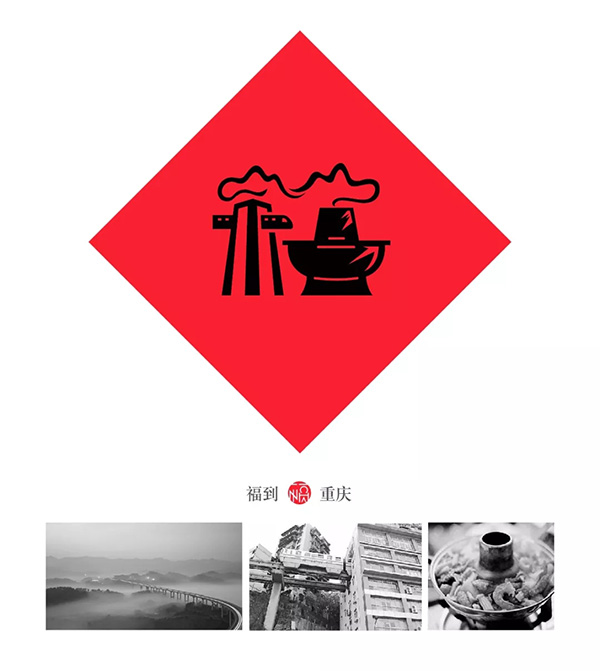 Chongqing Fu is very tasteful. Hot pots and heavy traffic are characteristics of Chongqing and highlight the faction of a happy festive reunion.

Xi’an Fu encompasses the city’s historical significance. As China’s original capital city thousands of years ago, it is the cradle of Chinese civilization and home to the Terracotta Army and Wild Goose Pagoda.

Henan Fu centers on the Shaolin Temple, the birthplace of Chinese kungfu and Zen Buddhism. 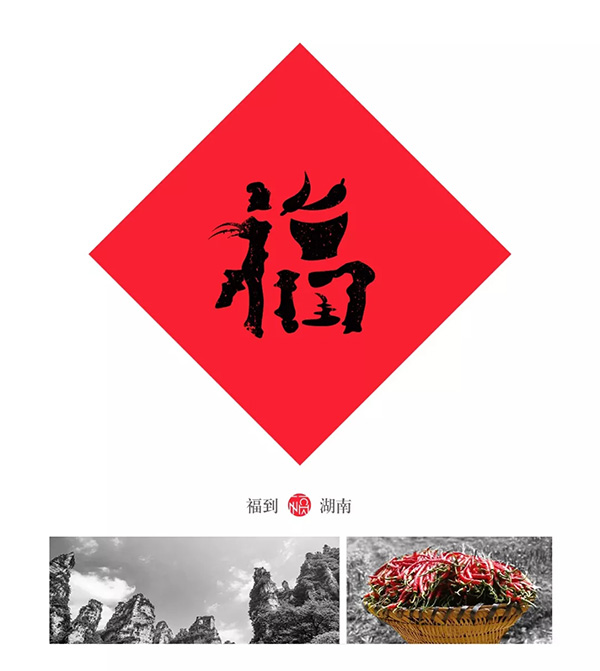 Hunan Fu combines the beauty of Zhangjiajie and Hunan pepper, two emblematic features of the province’s culture and tradition. 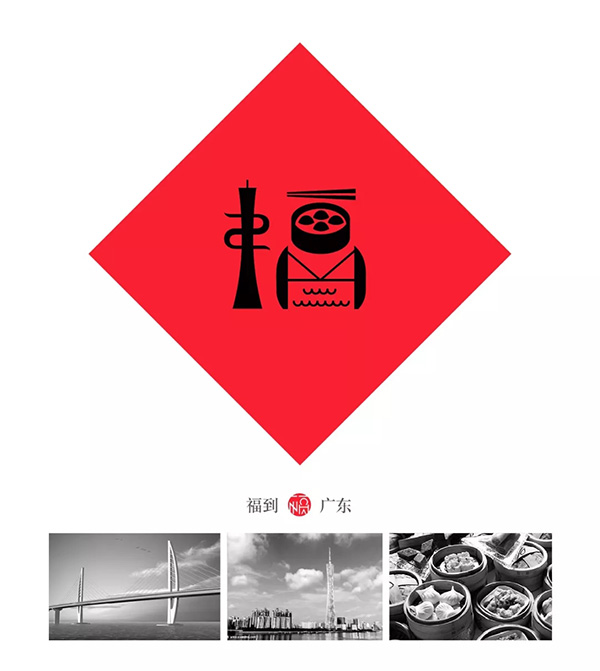 Guangdong Fu (left) is home to Guangzhou Tower, on the right, the city is famous for its early morning tea, and the Hong Kong-Zhuhai-Macao Bridge. 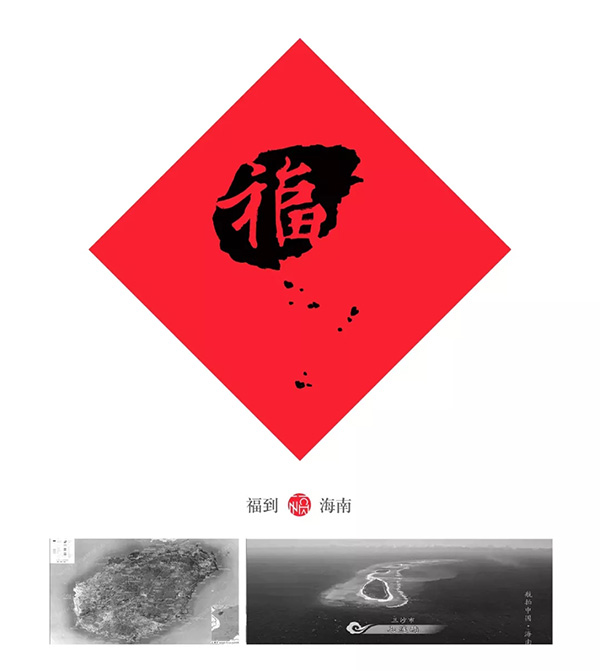 Hainan Fu features a red and black map of the island province with the Fu character emblazoned over it. The design is a happy Lunar New Year message to the people of Hainan.

Sichuan Fu can only be about the panda, arguably the most famous of all of China’s national treasures. An image of a panda sitting next to a bamboo tree with a small root in its belly is an image all children can enjoy. 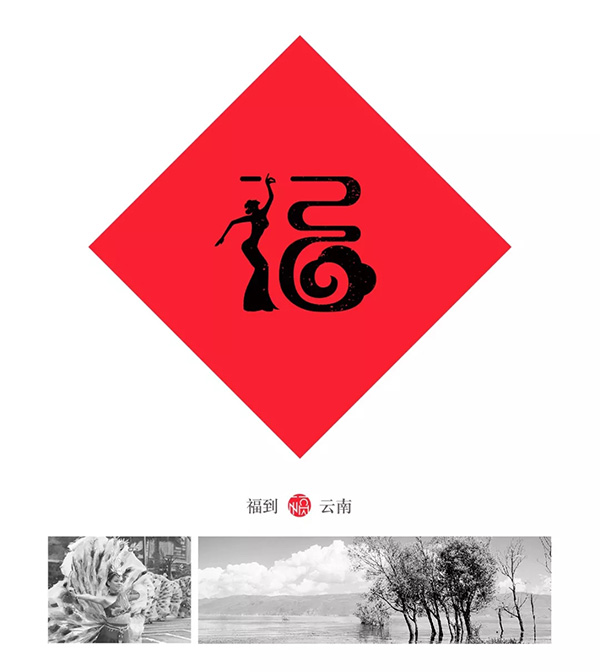 Yunnan Fu is a combination of ethnic folk dances and landscapes. 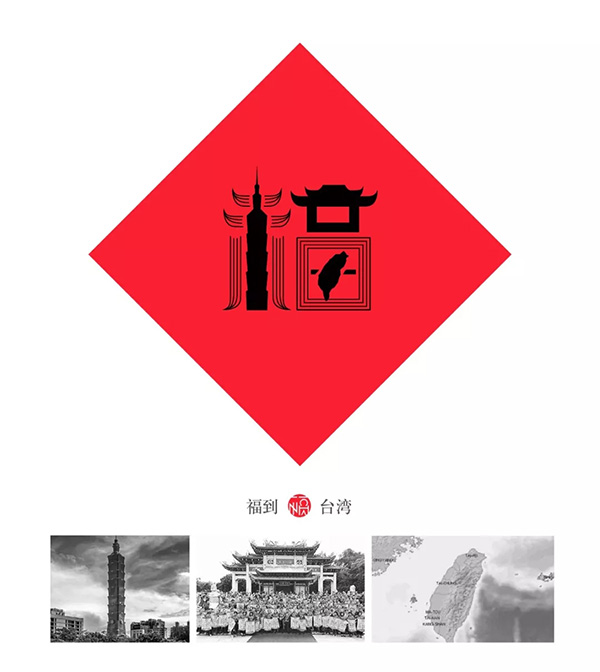 Taiwan Fu combines the Taipei 101 building with maps, and lines running up and down. 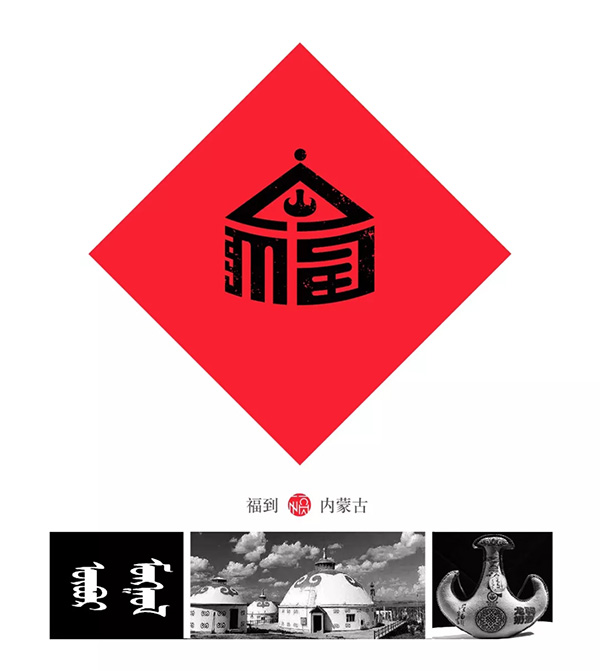 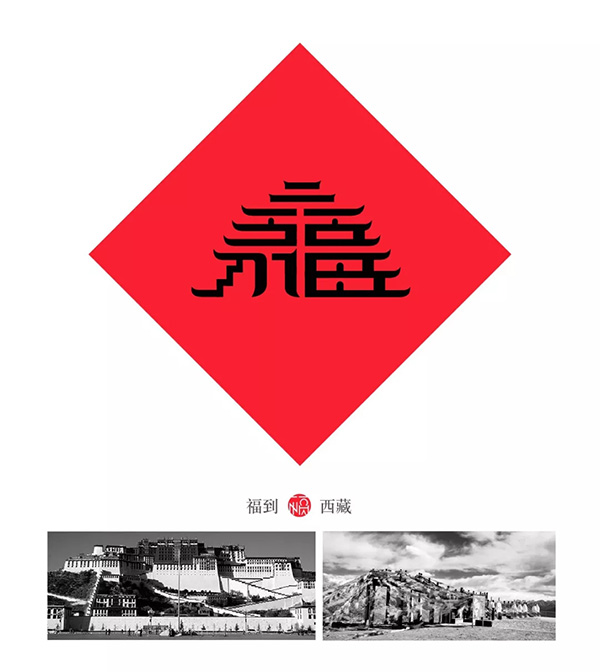 Tibet Fu combines the images of Potala Palace, and Mt. Everest, turning them into a diamond-shaped blessing. 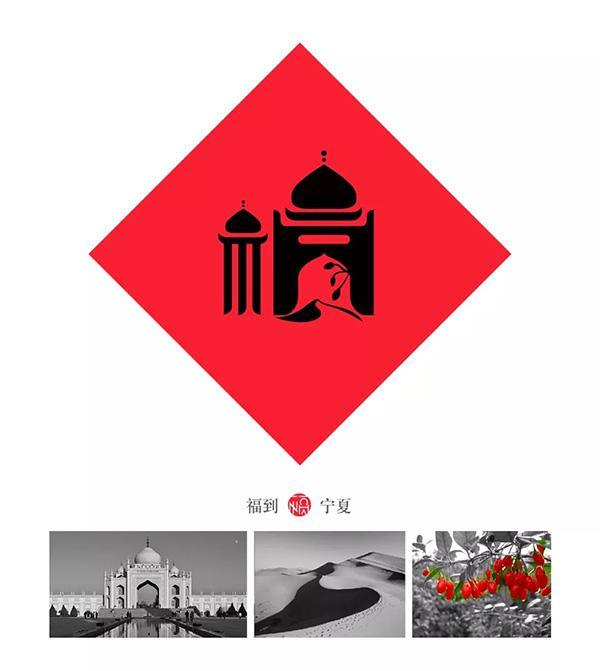 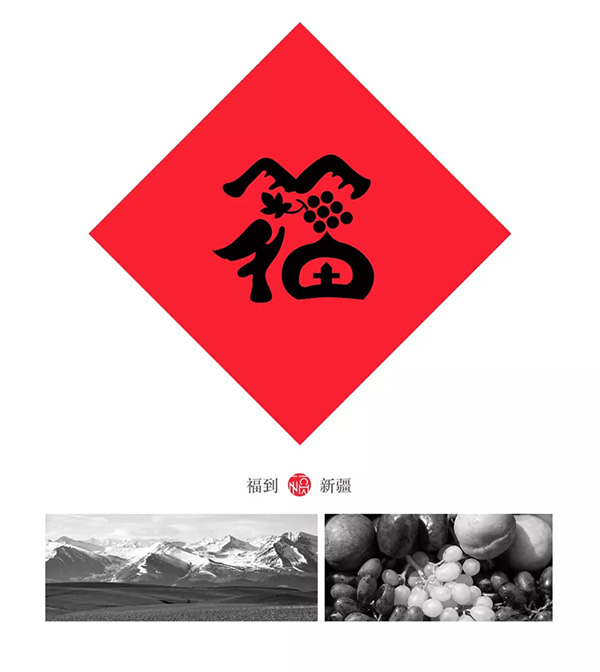 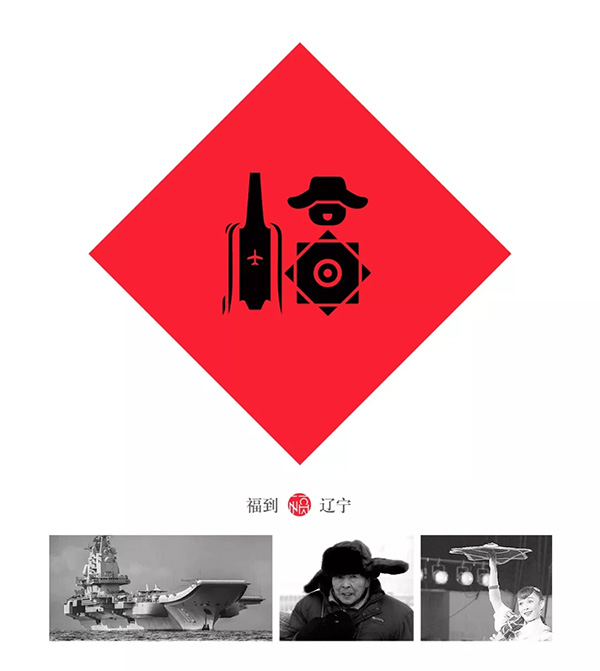 Liaoning Fu has an image of an aircraft carrier, with the people from Northeast China wearing thick winter hats and. 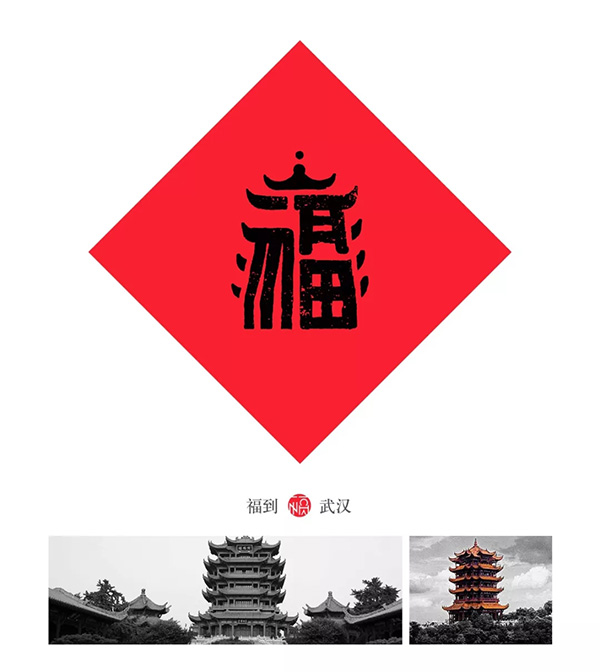