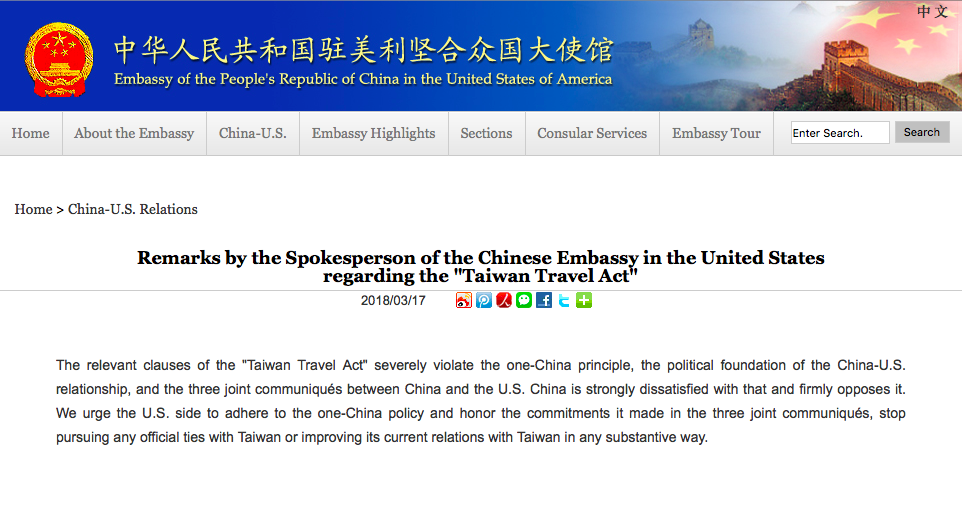 Comments from the Chinese Embassy in the United States on the "Taiwan Travel Act" posted on its website (Screenshot: Website)

"'Taiwan Travel Act' severely violates the one-China principle, the political foundation of the China-US relationship. We urge the US to honor the commitments made in the Three Joint Communiqués,” a spokesperson for the embassy said on Facebook.

The Three Joint Communiqués made by governments of China and US in 1972,1978 and 1982 contain US’ agreement on ‘respecting each other’s national sovereignty and territorial integrity’.

Earlier on Friday, US President Donald Trump signed the bill that encourages visits between the United States and China's Taiwan at all levels. 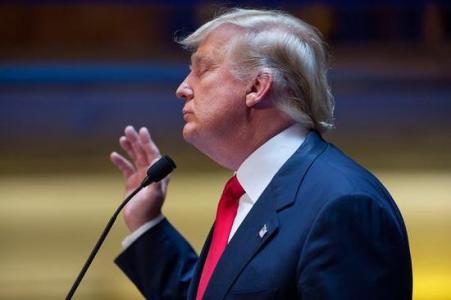 “China is strongly dissatisfied with that and firmly opposes it. We urge the US to adhere to the one-China policy and honor the commitments it made in the three joint communiqués — stop pursuing any official ties with Taiwan or improving relations with Taiwan in any substantive way”, the spokesman said on its official website.