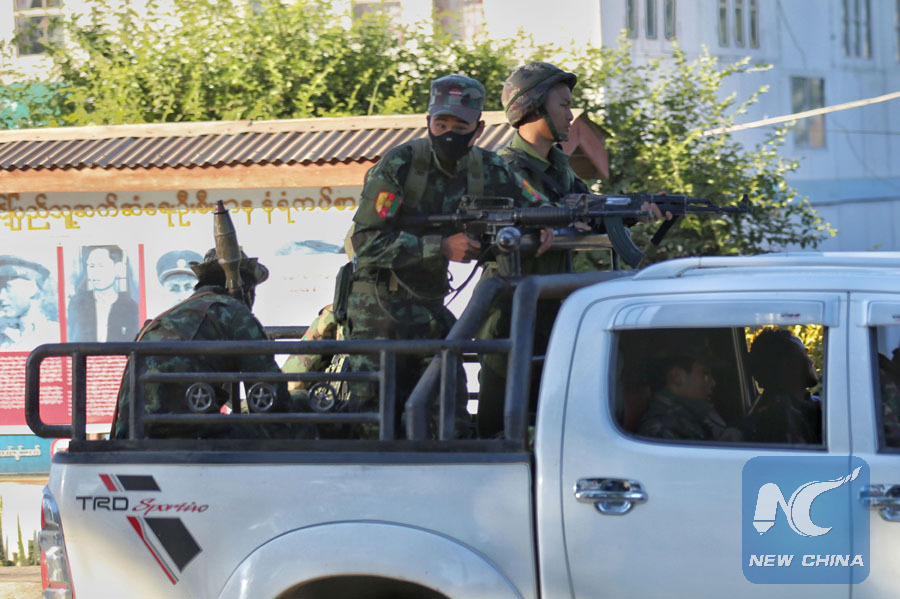 Naypyidaw (People's Daily) – An armed conflict broke out on Saturday between Myanmar armed forces and a group of ethnic armed organizations (EAOs) in the Northern Myanmar town of Muse, which is located near the China-Myanmar border, and has prompted China to speak out against the dispute.

The conflict caused an undetermined number of casualties and also forced residents to flee into the bordering Chinese territory to escape the gunfire.

The Chinese Embassy in the Republic of the Union of Myanmar issued a statement condemning the violent incident, and said it was deeply saddened by the injuries and deaths of innocent citizens.

China urged all the concerned parties in Myanmar to exercise restraint and call for an immediate ceasefire to de-escalate the situation, limit casualties, resume peace and stability to the China-Myanmar border area, and to ensure the safety of life and property of the two countries.

China said it firmly opposes any attempt to undermine peace and stability along the China-Myanmar border and any act deliberately obstructing the Myanmar peace process. China also called for all concerned parties to improve their negotiations, promote mutual trust, and move forward in the same direction to play a constructive role in promoting national reconciliation.

At present, the relevant parties in Myanmar are preparing for the third “Union Peace Conference – 21st Century Panglong,” while China has been providing aid based on Myanmar’s needs.