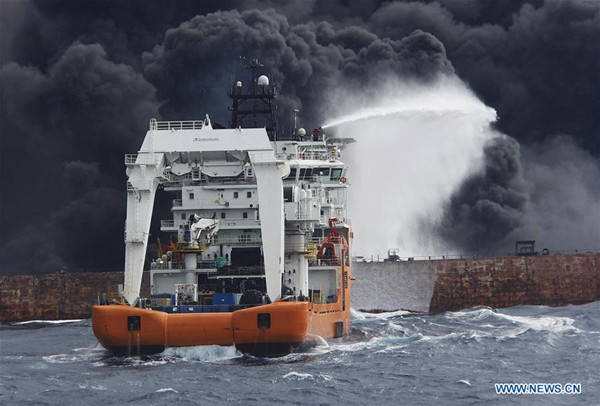 A Shanghai rescue and salvage team from the Transport Ministry will use an underwater robot to explore the wreck-age of the sunken Iranian oil tanker, Sanchi, news site the-paper.cn reported on Wednesday.

This comes as the ministry continues to carry out emergency operations in the East China Sea where the oil tanker sank.

Rescuers have been keeping fishing boats away.  They continue to monitor the oil slicks while communicating with Japanese and Korean ships in the area. They have also organized search and rescue operations at the seven designated positions Iran had requested.