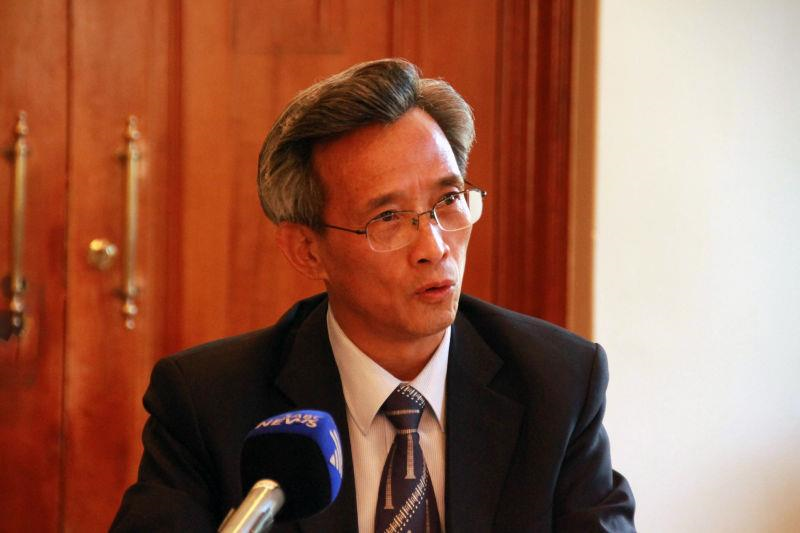 Johannesburg (People's Daily)--On Sunday at a media briefing in Cape Town, China’s ambassador to South Africa, Lin Songtian, dismissed last week’s wiretapping allegations levied by the French newspaper Le Monde, calling them nothing more than a malicious smear campaign directed at China. The French newspaper reported last week that China had wiretapped the African Union (AU) headquarters in Addis Ababa, Ethiopia.The headquarters building was a gift from China. The report claimed that China had been sending information to a database in Shanghai since 2012 when the building first opened.“China has always stood by its African brothers and sisters, shoulder-to-shoulder and has supported all friendly African countries within our best capabilities,” said Lin.China’s ambassador to the AU, Kuang Weilin, dismissed the original report as “absurd” and “preposterous.” Lin reminded reporters that China’s relationship with Africa has always been positive, which is a threat to western nations.“With their incurable political bias, it is simply unrealistic to expect Western media to tell the real and truthful stories,” Lin emphasized while explaining China’s rich progress and history with the people of Africa.Lin said Le Monde’s motive behind the report was all too clear.“They want to discourage Chinese efforts and commitment to Africa, to derail self-sustainable development, divide and disrupt further China-Africa cooperation, and eventually weaken and divide Africa,” said Lin.