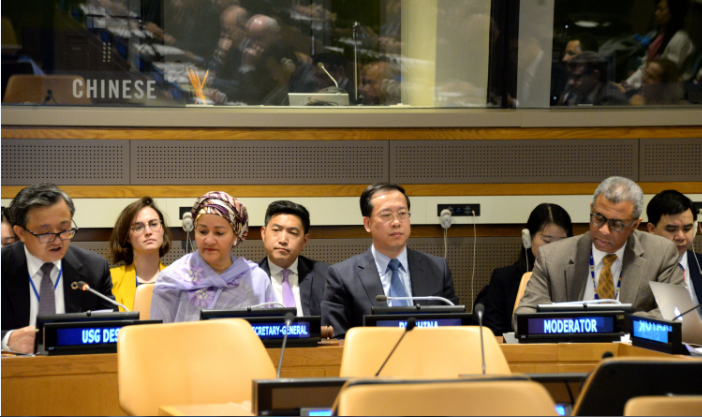 New York (People's Daily) - A Chinese envoy Friday called on the international community to jointly support multilateralism, uphold the multilateral trading system and its rules, for the global economic growth.

Chinese permanent representative to the United Nations Ma Zhaoxu said at a high-level symposium "Strengthening Multilateralism and Multilateral Trading System in the Age of Globalization," that to safeguard a rules-based, universal, open, transparent, predictable, inclusive, non-discriminatory and equitable multilateral trading system under the World Trade Organization (WTO) is an earnest practice to support multilateralism and an important guarantee for global economic growth.

At the symposium, co-hosted by the Chinese Mission and the UN Department of Economic and Social Affairs (DESA), the Chinese envoy said that the international community should jointly support multilateralism, uphold the multilateral trading system and its rules, and actively build an open world economy.

"We need to expeditiously push for substantive progress in the Doha Round of negotiations and add new momentum to world economic growth." Ma said.

At the symposium attended by representatives from Russia, Sinpapore, Brazil, Argentina,Egypt, Bangladesh, Greece, Pakistan, European Union, Group of 20, United Nations Development Program and professors from Columbia University and other institutions, the Chinese diplomat said that in the spirit of win-win cooperation and common development, "we should properly handle trade frictions through dialogue and consultation, take concrete actions to oppose all forms of unilateralism and trade protectionism, and firmly advocate and support free trade, adding that parties need to uphold the basic principles of the WTO and to improve trade finance and help countries in special situations integrate into the multilateral trading system. 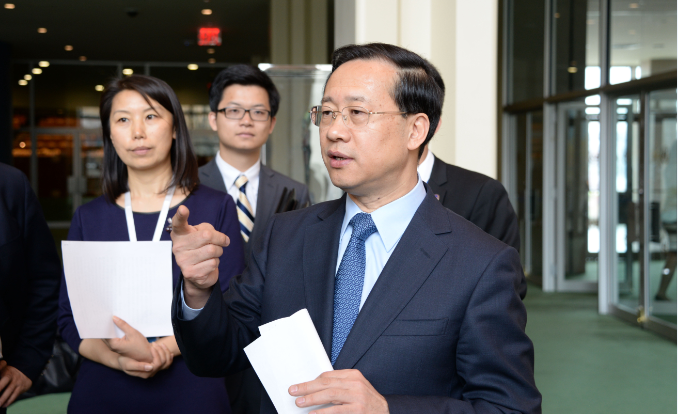 At present, Ma said, the world economy continues to maintain the momentum of recovery, but its foundation is not solid, as unilateralism, isolationism and trade protectionism are on the rise, which give a heavy blow to multilateralism and multilateral trading system and add to the instabilities and uncertainties of global economy.

As a crucial engine of world economic growth, trade has a vital role to play in economic globalization and the implementation of the Sustainable Development Goals (SDGs), the Chinese ambassador said, adding that "China has always been actively promoting multilateralism and firmly upholding the multilateral trading system and its rules."

Since its accession to the WTO in 2001, China has honored its commitments across the board, made all its WTO concessions and opened its door wider, he said.

In terms of trade in goods, China has fulfilled all its tariff reduction commitments, lowering its overall tariff level from 15.3 percent to 9.8 percent. In recent years, China has taken the initiative to further cut the import duty on some commodities. As regards trade in services, China has opened up nearly 120 service sectors categorized by the WTO, exceeding the 100 sectors promised at its accession and approaching the average levels of developed countries, Ma said.

Over the last four decades of reform and opening up, China has been committed to supporting multilateralism and actively upholding the multilateral trading system and its rules, Ma said.

"China is ready to work together with all parties to dedicate ourselves to openness and win-win outcomes, strengthen multilateralism and multilateral trading system, and keep striving for a community with a shared future for mankind," he said.